Reconnecting with My Macedonian Jewish Heritage

This post was brought to you by Sarah Aroeste, group leader for MEJDI’s Tour: 8-Day, 7-Night Jewish Heritage Tour to Macedonia… 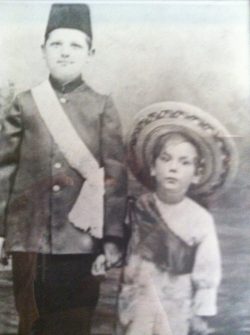 Growing up in Suburban New Jersey, I always thought the word, “Macedonia,” sounded very exotic. I knew that was where my grandfather came from, and I also knew it was very far away. My five-year-old self never imagined I would go there myself one day! Fast forward to September 2017 when I made my first trip to my family’s homeland.

My grandfather was born at the start of the 1900s in a town called Monastir, which at the time was in Upper Greece/lower Yugoslavia as part of the Ottoman Empire. Today, it is known as Bitola, Macedonia. My grandfather immigrated to the United States in 1912, in between the Balkan Wars. Our extended family

remained in Monastir to see the Ottoman Empire collapse and World Wars to ensue. Much of my family did not survive through the Second World War, in which most of the Jews of the Balkans were exterminated. Some of my family, however, did escape by hiding and are still alive today. My cousin, Rachel, born and raised in Monastir, turned 100 years old in Boston this past October. 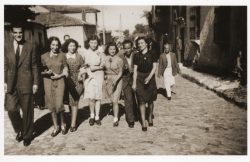 I have always been fascinated by my family history, and, as a Sephardic musician and advocate, I knew I wanted to go to Macedonia one day to connect with my family roots. Lucky for me, my family’s name and my musical career allowed me easy entry- that is to say, citizens of Bitola opened their arms to me in a way I could not have imagined. 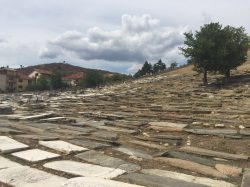 With very few Jews left in Macedonia, and none in Bitola, I was shocked that the people em

braced me even before I landed there. Everyday ordinary people were the ones who organized my trip, including my housing, meals, tours and even a concert where I could perform in Ladino, the language of my ancestors. I was showered with gifts, not only for myself, bu 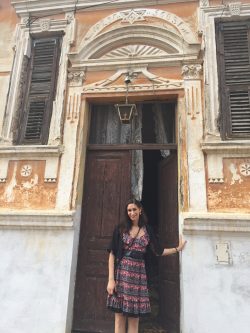 t also for my family. Simply put, the people of Macedonia are committed to their country’s Jewish history in a way that defies understanding and yet lifts one’s soul.

My time in Bitola – only two days—was far too short. I saw as much as I could, listened to every story, took in every bit of my family’s history that was offered to me, but it was not enough. I need to go back to see the rest of the country and to understand not only my family’s personal history, but also the importance of Macedonia in world history. There is much that Macecdonia’s past, and present, can teach us. I am thrilled to be bringing a group back with me in August 2018 to see the land, meet the people, and taste the culture of this mysterious and beautiful place on the world’s map.

I invite everyone to join me this August 19-26. You can find additional information about the tour at http://bit.ly/jewishmacedonia 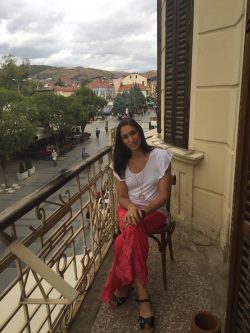 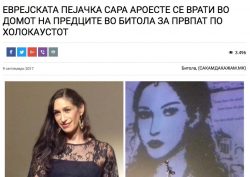