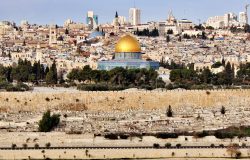 Jerusalem is undoubtedly among the most contended pieces of real estate in the world. In a constant tug-of-war between different religions and ethnic groups, the land is a volcano of tension- ready to erupt at any moment. As an outsider looking in, it can seem impossible to see a clear understanding of the Israeli-Palestinian conflict. Each and every one of us is encircled by an endless stream of biased media. However, MEJDI Tours offers a unique opportunity for those who want the full story: a dual narrative tour of the Old City of Jerusalem guided by both an Israeli and a Palestinian tour guide.

Entering the Old City, Alex joked that he “teleported” us to Temple Mount, a holy site for Jews, Christians, and Muslims alike. Alex and Nabil take turns highlighting the importance of Temple Mount to Judaism and Islamic faith. For Jews, it is believed to be the location of the first two Jewish Temples and where God is most present, making Temple Mount the holiest site in Judaism. For Muslims on the other hand, the Mount is considered the third holiest site to pray. Temple Mount is the site of one of the three Sacred Mosques of Islam, and where Prophet Muhammad ascended to the divine presence of God. While we were on the Temple Mount, Nabil introduced us to Al-Aqsa Mosque, which was a truly unique experience for me since the mosque can only be entered by Muslims. We also got an inside look at the beautiful gold-plated Dome of the Rock: the home of a piece of Mount Moriah. According to the Jews, Mount Moriah was the location of the sacrifice of Isaac, Abraham’s only son. Muslims have a different belief about Mount Moriah, however. The Quran alleges that Mount Moriah was located close to Mecca, likely in Saudi Arabia, and was where Abraham sacrificed his son Ishmael. The Temple Mount as a whole is a major point of tension between the Islamic and Jewish religions, not just because of their conflicting beliefs but also because non-Muslims are prohibited from praying there.

Alex and Nabil next took us to the Western Wall, also known as the Kotel. While the Kotel isn’t technically the holiest site for the Jews, it is the closest place to the Temple Mount where they are allowed to pray, so over time it has become an important site in Judaism. To adapt to the times of Covid, there were many tents put up at the Wall to divide everyone. This is an unprecedented sight to see at the Kotel; normally Jews crowd at the front of the wall, everyone trying to get as close as possible. Alex highlighted multiple different Jewish customs that occur at the wall, such as traditional dress, the division of men and women, the kissing of the wall’s stone, and the tradition of sticking notes in the cracks of the wall.

Growing up Jewish, I’ve only been taught Jewish history and Jewish customs and traditions. My knowledge of the Islamic religion was extremely limited. I had only received a part of the story, and I know I am not alone in that sentiment. While some remain closed-minded to other religions, cultures, and groups of people, MEJDI’s tour accomplishes something so powerful and so rare: it unites opposing voices and creates a fuller narrative. 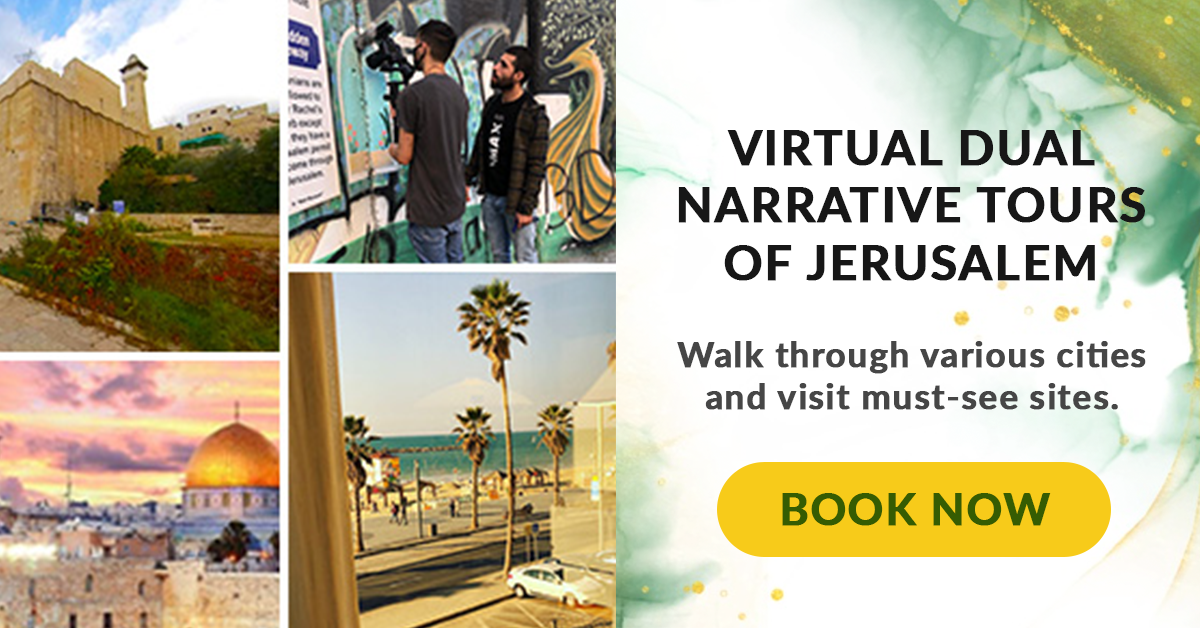