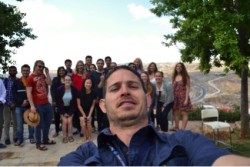 This blog post was brought to you by Elizabeth H…

Unfortunately, today was Nathan’s last day with us. And, let me say, it was most definitely an emotional one. We began the day bright and early. Today, we left Jerusalem and set out for Tel Aviv. Getting our bags packed and moving twenty-two students with at least one piece of luggage is not an easy task. After managing to make our way to the bus, we set out for our first stop – a tour of a Bedouin village with the Coexistence Forum in Negev. 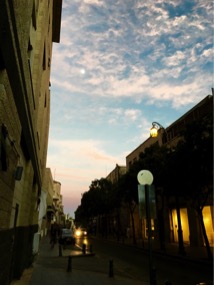 We picked up our guide in Beersheba, and then drove further south to a lookout point. Here, we could see several Bedouin villages and Israeli towns. I for one learned more about the devastating Bedouin situation in Israel. Only 10% of the original Bedouins pre-1948 remained after the 1948 War. However, the numbers are growing immensely with forty-five villages. Unfortunately, only eleven of those villages are considered legal under Israeli law. Thus, the other villages have to fend for themselves and could be destroyed at any moment. In fact, one village has been destroyed and rebuilt 99 times in the last two years.

After having a discussion with our guide, who pointed out some villages in the distance, we drove to a nearby Bedouin village. There, a man from the village gave us a tour and talked to us about the living conditions. The primary school for this village was built in 2002. Their medical center is a house at the entrance to the village. Before, both children and the sick had to travel to a neighboring village for their education or medical attention. Most of the houses are constructed with metal sheeting for the walls and the roof. However, the families make the houses feel very homey by tiling the floors and hanging pictures on the walls. Despite the rough exterior, the community holds the village together. Our guide of the village told us about the political neglect that Bedouins face and the issues with land and population growth. Unfortunately, these villages don’t get the funding they need to make a living, as the majority of Bedouins are unemployed. 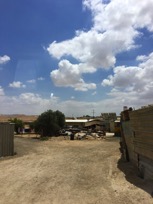 Next, we drove to Sderot where we picked up a quick lunch then went to the police station to hear about the current state of the city. The most devastating aspect of this visit in particular was our trip to a children’s park. Sderot has the only children’s bomb shelter in the world, disguised to look like a play tunnel. Living in constant fear of a missile, having to decide in the snap of a moment whether you can save all your children in time is horrifying. This was one of the most depressing places we’ve visited. 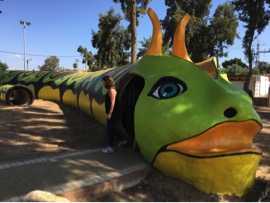 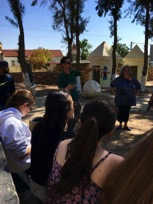 From there, our guide from Sderot took us to a lookout point nearby. Here, we overlooked the Gaza Strip. Our guide described the living conditions and life on the other side of the fence. He also talked about the military aspects behind the conflict and the different ways to get around the blockage. When one path gets blocked, like the tunnels, the organizations within the Gaza Strip find alternatives to express their message, such as pipe rockets. There are always ways around the defense mechanisms. Overall, the visit to Sderot was a challenge. On one hand, we have studied the reasons behind the extremists’ actions and we know the living conditions of the Gaza Strip, but at the same time we see bomb shelters on every block and hear that every child living in Sderot has PTSD from constant shock. This brings about incredibly conflicting emotions because I for one sympathize with both sides. In this conflict it’s hard to see in black and white because everything is gray. 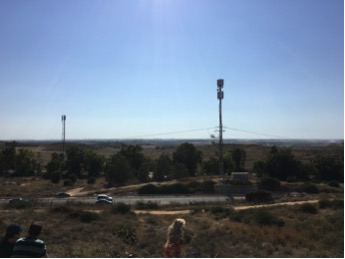 At around 6:00pm, we started seeing the beach, sidling up to our new hostel, which is a block from the water. We said our goodbyes to Nathan at the new hostel, Hayarkon 48. After getting situated, we headed to the beach to explore our new terrain. Today was a very long, but an incredibly fulfilling, day. It was interesting to hear such contrasting perspectives and see first hand the impact of the conflict. 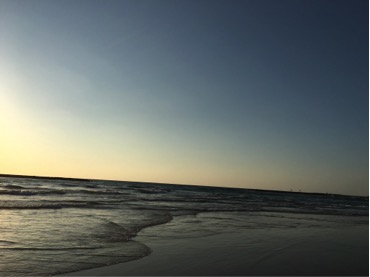 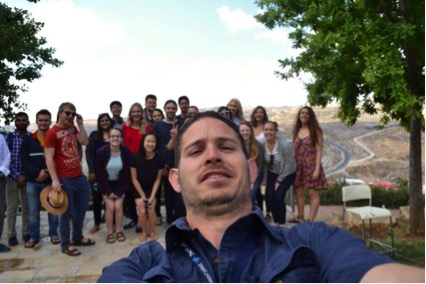