Street Art Takes to the Subways in Athens

For anyone who’s ever ridden the metro in Athens, Greece, one thing is immediately clear: the street artists love it. Metro cars packed with Athenians and tourists are tagged with every imaginable color and design.

“I like [the graffiti] very much,” a metro passenger, Atlaia, told us. She says that she often uses the metro to get around Athens, where she lives, and enjoys the artwork on the trains.

The street art above ground often gives voice to political expression –rants about Isis and Russian President Vladimir Putin, drug dealers and heroin, and one that said “Migration is not a crime.” But the street art that dominates the metro below is more personal. Colorful bubble letters spell out artists’ pseudonyms far more often than political statements. Nevertheless, symbols such as the anarchist ‘A’ mingle with the more whimsical emblems.

An employee of the metro, who asked not to be named, told us that while security will report criminals such as thieves and drug dealers who are caught at metro stations, they are relatively lenient toward graffiti artists.

“The company here, the police here, they don’t make cases against people, they let them [paint],” he says.

The first metro line in Athens, now the green line, opened in 1869 and was electrified in 1904. The red and blue lines began construction in 1992 and opened in 2000. Eleven years later, all three were consolidated under the management of the Urban Rail Transport Company (STASY).

Street art is a city-wide phenomenon in Athens, and Mayor Giorgos Kaminis has vowed to clean up the graffiti, with little success.

The metro employee said that STASY has a similar policy. “We remove [the graffiti] every time.” However, less graffiti has been removed in the last month “because we don’t have money,” he says.

But there’s still plenty of space to fill, and Athenians can expect to see more vibrant and provocative graffiti both on the streets and below. 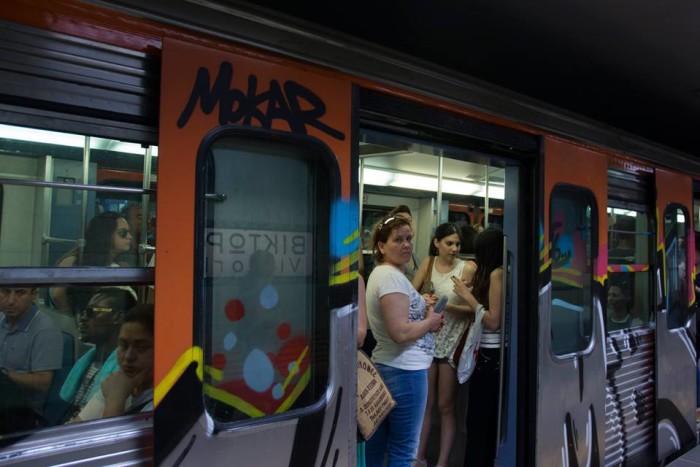 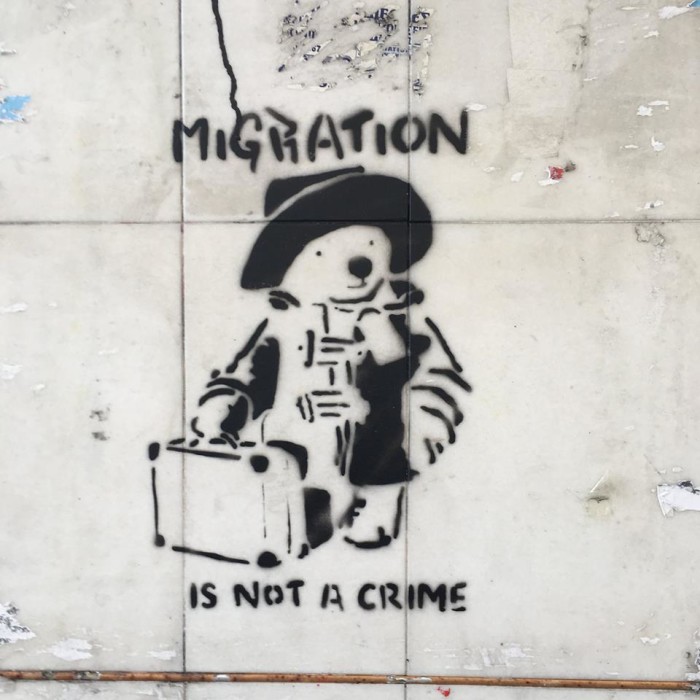 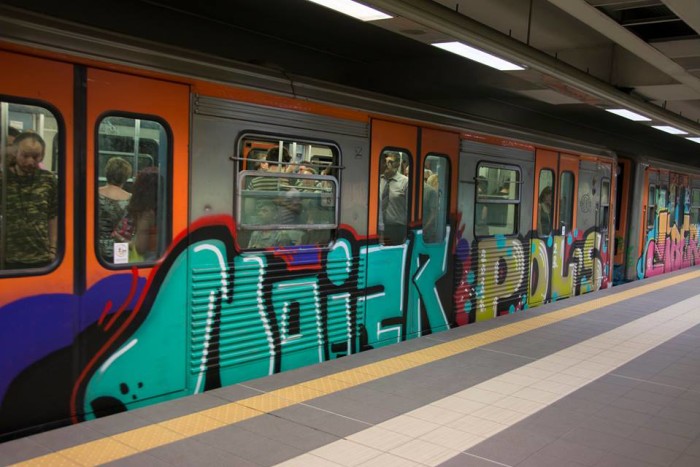 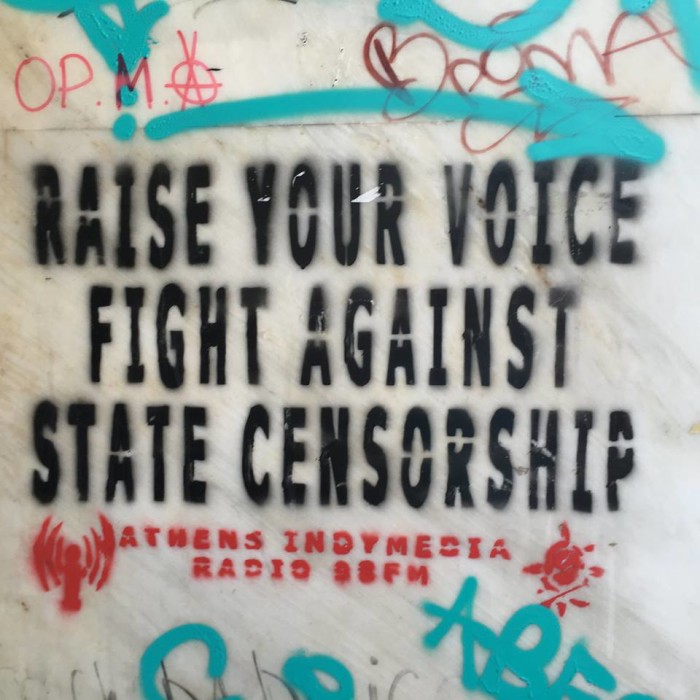 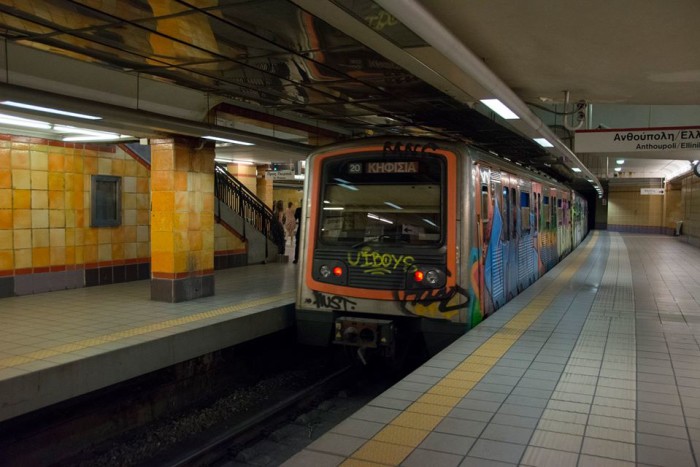