The entrance into Aida, a Palestinian refugee camp.

The most impactful day of the trip for me was visiting Aida, a Palestinian refugee camp north of Bethlehem. We began the day by walking the perimeter of the separation barrier from the Palestinian side. The barrier was covered with uplifting messages of support and solidarity for the Palestinian people, which was both inspiring and sobering. The wall even had pieces by the infamous graffiti artist, Banksy. I never experienced the Palestinian narrative until taking this trip, so to not only hear the tales but actually see and experience the suffering was beyond anything I expected.
[caption id="attachment_23542" align="aligncenter" width="618"] 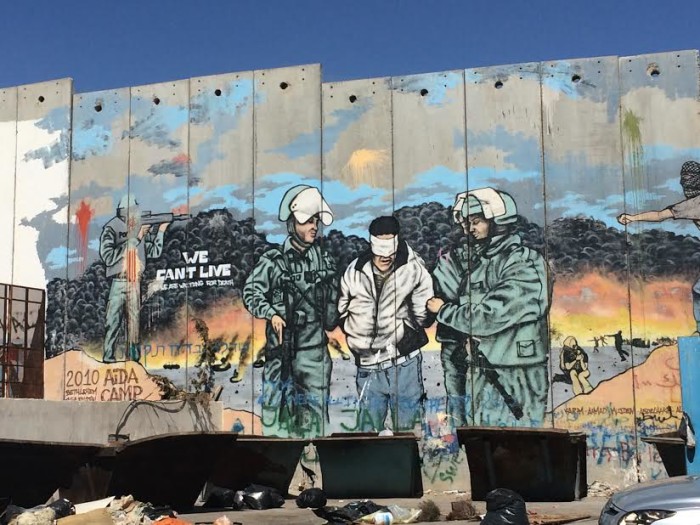 The Separation Wall in Bethlehem[/caption]
I jumped at the chance to buy a rusty house key that would’ve opened the door to a Palestinian home before they were forced to flee. For the Palestinian people, these keys are not only the keys to their homes that have long been destroyed, they symbolize the right to return promised to them by the international community. The motif is displayed throughout the refugee camp, including atop a huge archway as you enter the camp. The people sell their keys to bring awareness. If just one person purchases a key and then takes to back to their home to discuss the Palestinian struggle with their friends and family, their cause is impacted, and hopefully they are one step closer to going home.
[caption id="attachment_23544" align="aligncenter" width="640"] 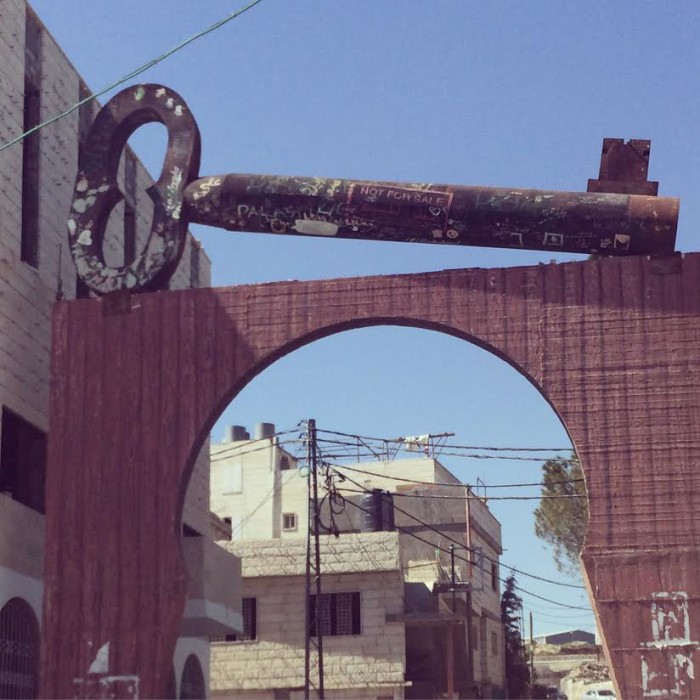 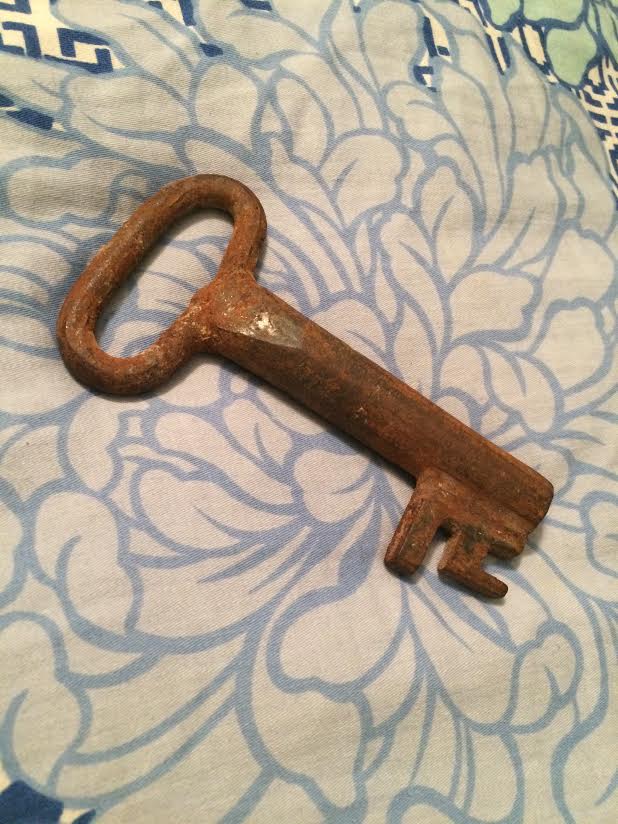 A key to a Palestinian home.[/caption]
-Amanda D.