Reflections on Visiting a Kibbutz 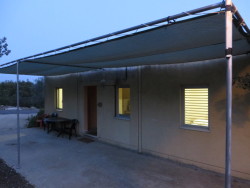 This is where we stayed.

All photos by Jarryd M.

I apologize for the late start in the blog post. I will try my very best to catch you up on our last week worth of adventures in the coming days! Last night we stayed at a kibbutz called Inbar not too far from the Sea of Galilee. Prior to our arrival we learned general kibbutz history dating back to 1906 and discussed its importance within Israeli society. The “kibbutz” is based primarily in agriculture. Some define it as socialism mixed with Zionism, while others say it is the physical manifestation of Marxist communism where individuals work for the greater good of their community. 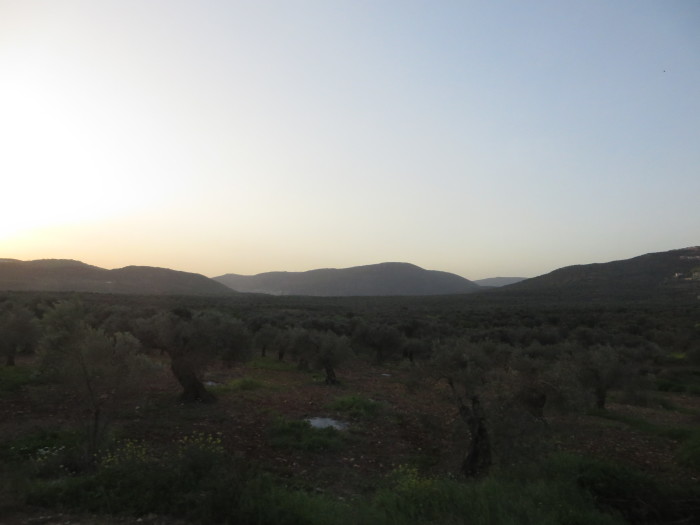 The View from the kibbutz

In the traditional kibbutz each person serves a purpose. In most cases the individuals who live on the kibbutz do not receive a living wage but makes his or her contribution through whatever job or task they are assigned to complete. In some rare cases the people of the kibbutz do not even own their own clothes. Today, the kibbutz farming industry has been supplemented by industrial and high-tech enterprises. 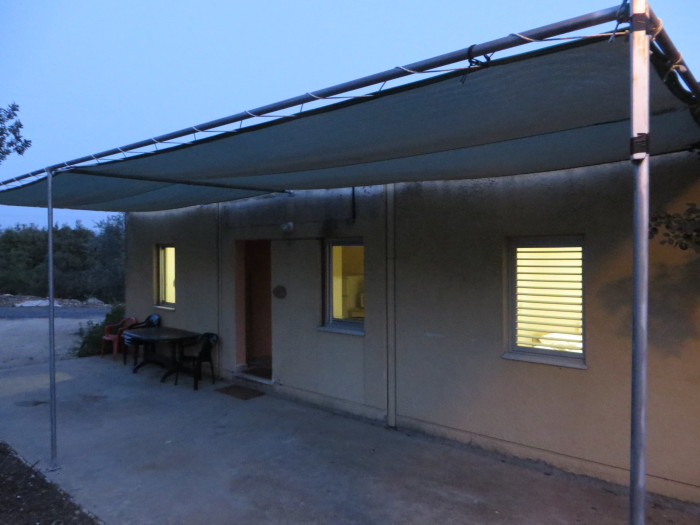 This is where we stayed.

There is certainly a strong sense of community and camaraderie in these smaller living locales where everyone cliche-ishly “knows your name.” I grew up in a one-stoplight town in rural northern Indiana. The town was supported by some industrial enterprises but most of the surrounding community was primarily based in agriculture. In this sense I can relate to the kibbutz lifestyle. My mom used to tell me growing up that it “takes a village to raise a child,” and from my understanding that is certainly true of kibbutz life. 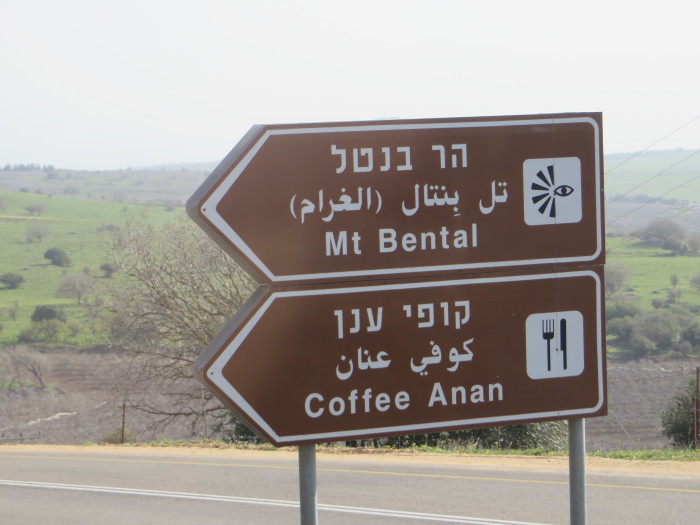 A sign outside the kibbutz pointing dowards Mt. Bental

Today we traveled 1165 meters above sea level to Mount Bental to learn about the strategic importance of the Golan Heights and its relationship to Israeli national security. Whether or not the area of the Golan Heights was “annexed” by Israel after the Six Day War is debated in international law to this day. Generally, international law requires that people come with the annexed land and must therefore be offered be offered citizenship by the state that is annexing the territory. 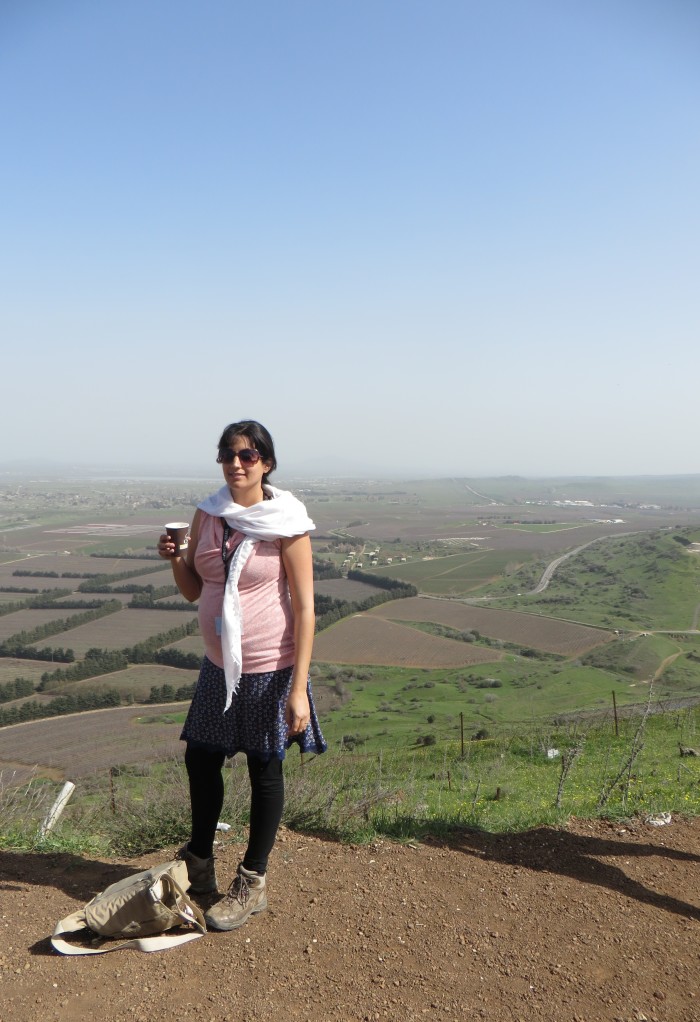 Our tour guide, Hadas, explaining the importance of the Golan Heights

Today, Israeli law is extended to and administered in the Golan Heights region; however, it is my understanding that the Israeli position is that it has not annexed the Golan Heights. The Syrian Druze who remained in this area after 1967 were not granted citizenship at the end of the Six Day War, but they were allowed to apply for Israeli Citizenship. Israel maintains control over the region. 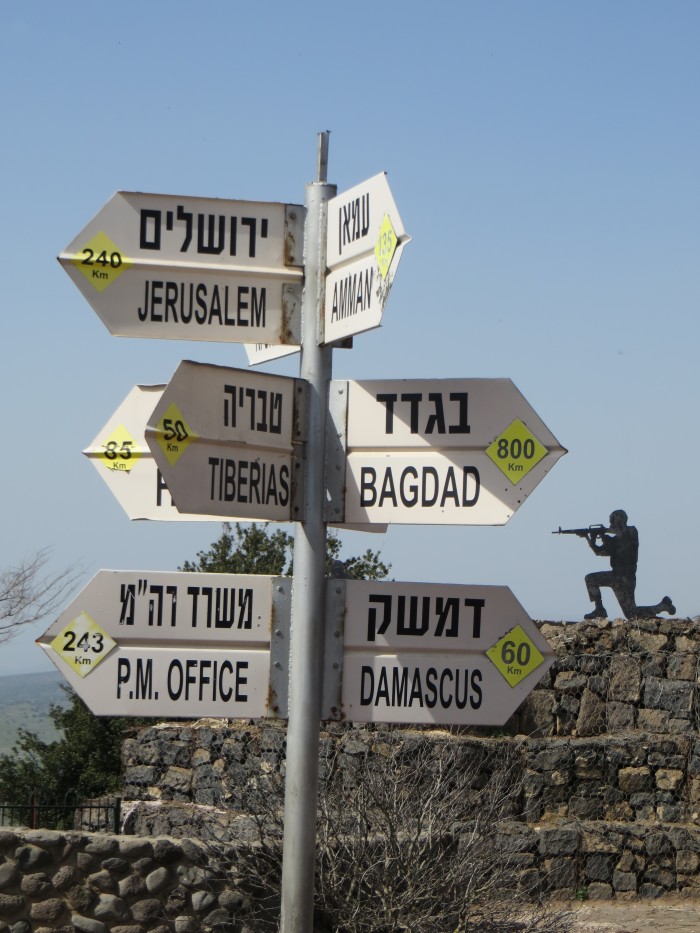 Mt Bental in relation to other cities. 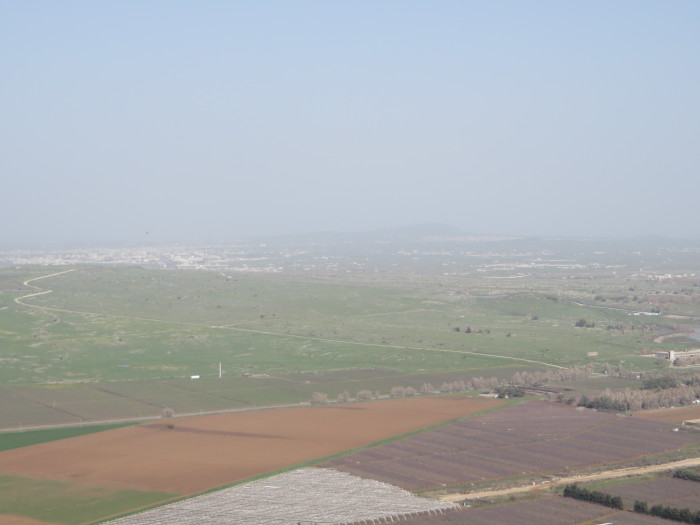 Studying international humanitarian law as it relates to Israel continues to challenge my accepted reality of law. From the beginning of my law studies I was encouraged to “embrace the grey.” What I have learned this far is that Israel embraces the grey and certainly allows itself room for creative interpretations of international law that are essential to crafting its position regarding armed conflict. I certainly look forward to class tomorrow in which we will be studying the law of armed conflict and principles of distinction of proportionality as applied to the Israeli/Palestinian conflict. Until next time!