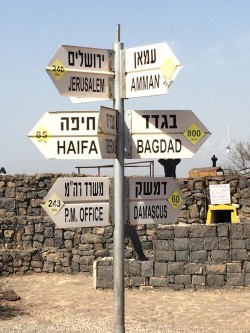 What became more and more apparent to me during my time in Israel is that there are many questions, but very few answers. In a place that has historic and cultural symbolism behind every stone and mural, there is very little certainty while looking to the future. They say the past is the future with the lights on, but the history of this region has multiple narratives and is complex to say the least. While the answers are lacking, the objective seems to be more uniform. The goal for the future is to focus on addressing the conflicts that resulted in new settlements and, ultimately, the displacement and occupation of people who are currently living in Palestine.

My trip began in Jerusalem—one of the oldest cities in the world and sacred grounds to people of Christian, Jewish, and Islam. The city is filled with monuments, artifacts, and spectacles that hold much more beauty than that which pleasures the eye. Jews can experience King David’s Tomb, The Western Wall, and remains of the Jewish Temple; Muslims can experience the site where the Prophet Mohammed amended to heaven at the Dome of the Rock; and Christians can walk along the very steps Jesus walked to his crucifixion. With so many spectacles scattered throughout the same city, it’s no wonder that this land is so desirable. It’s an unfortunate reality that religion, land, and war often times go hand-in-hand. Especially today, it is difficult to remove ourselves from the regimes and decision-makers who attempt to remain/gain control to these historical sites. So much of our decision making policies revolve around what precedent is set instead of taking a step back and witnessing these magnificent religious monuments and landscapes that should be shared and celebrated. 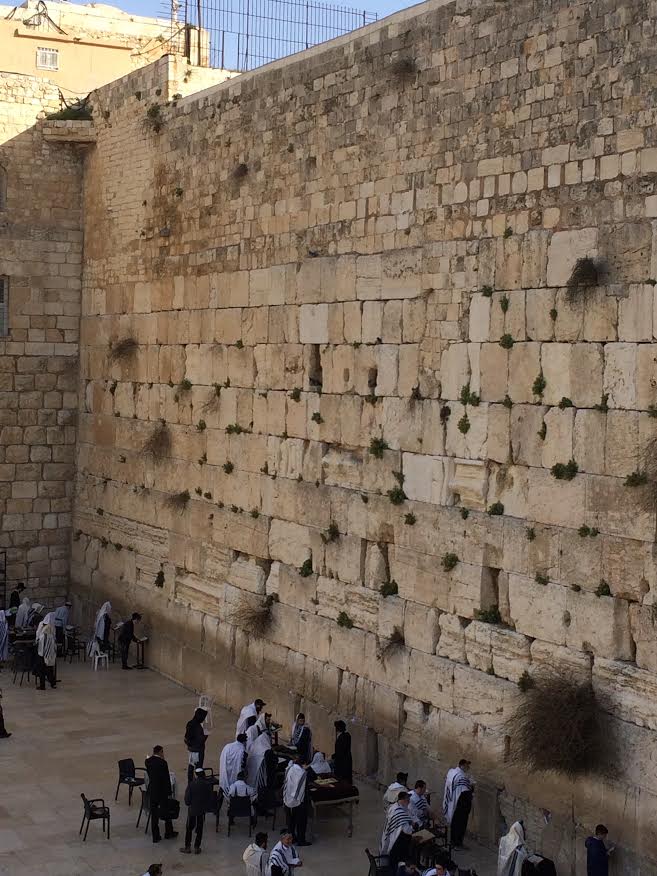 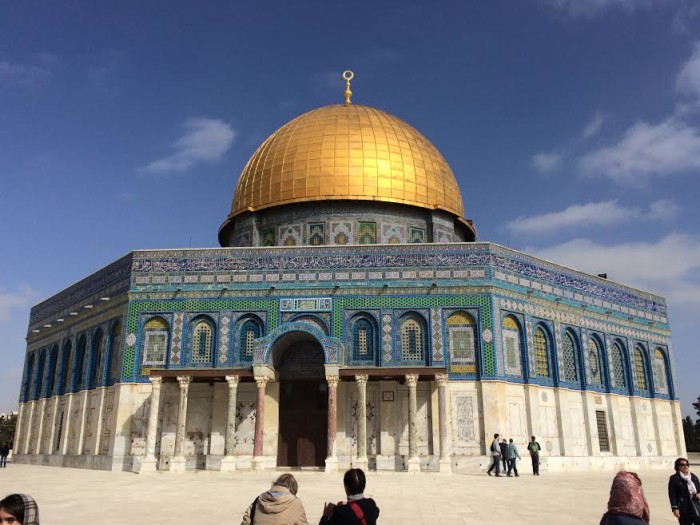 Often times, practical policies are rejected because of a story that was written thousands of years ago or the violation of a doctrine that is no longer pragmatic. It is difficult for me to fathom the reasoning of how any person could suppress another’s basic human rights with concrete walls and partitions. Likewise, the concept of resorting to violence merely because you are backed up against the wall (no pun intended) is not a reasonable response to these violations. If there is one thing that is agreed upon in this conflict it is that both sides desire peace. If we desire a region of peace, we cannot achieve such a region through means of violence. People respond proportionately to how you treat them. If you approach them with guns and barriers, they will react with the same animosity. If you reach out to one another and stand up for peace, you can collectively make progress. Violence kills what it intends to create. 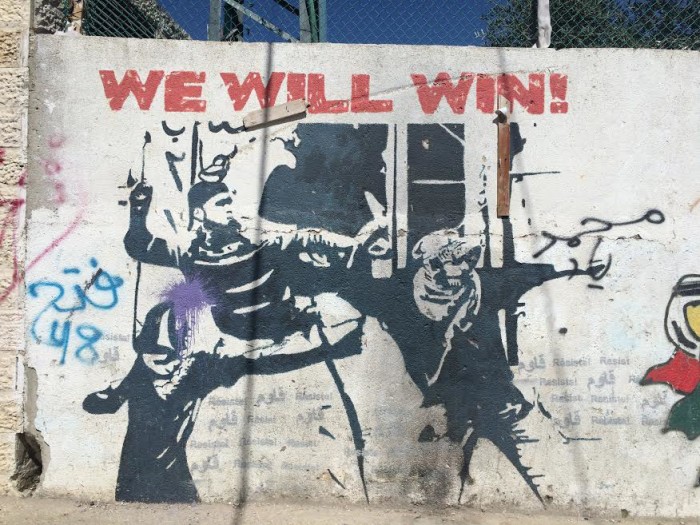 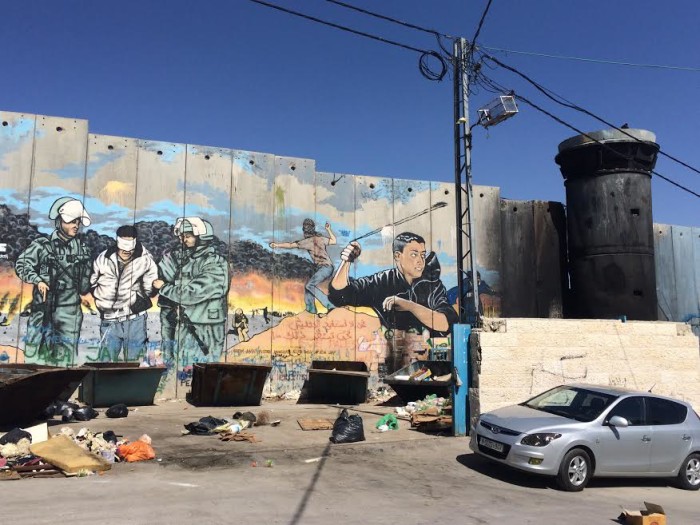 Despite the lack of any answers being provided for the future, there is one luxury that I was able to continuously appreciate: the ability to ask questions. Both America and Israel are relatively new countries (established in 1776 and 1948 respectively). Recognizing this, it is remarkable that these countries are the progressive leaders in regard to issues of free speech in contrast to many countries that have existed since the inception of organized government. There are undoubtedly critics of Israel’s adoption of western culture and those who argue that it is this very component that makes it so difficult for Israel to integrate in the Middle East. What is indisputable, however, is the civil benefits that come along with Westernization; benefits such as freedom of speech, religion, women’s rights, voting rights, and other liberties of this nature. During my short two weeks in Israel I was able to see the tourist-popular locations but, more importantly, I was able to experience the people and the culture. An ongoing theme on our trip was the understanding that there are multiple narratives to the same story. The best way to understand someones perspective is to hear it from a first-person account. This was exactly what was done during our tour; because of this, we not only educated on the region through a personal perspective, but were able to connect personally to the people living in the region themselves. 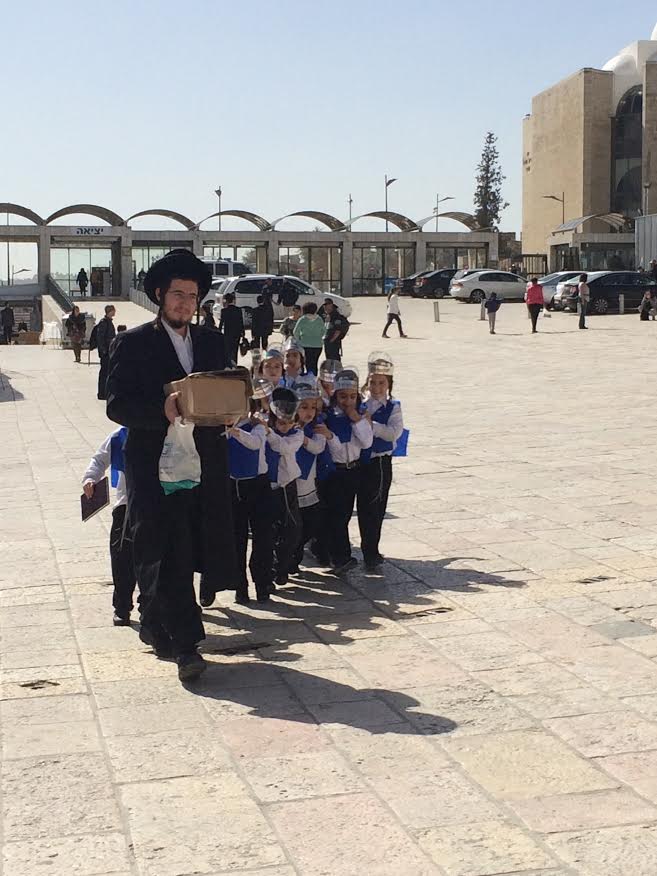 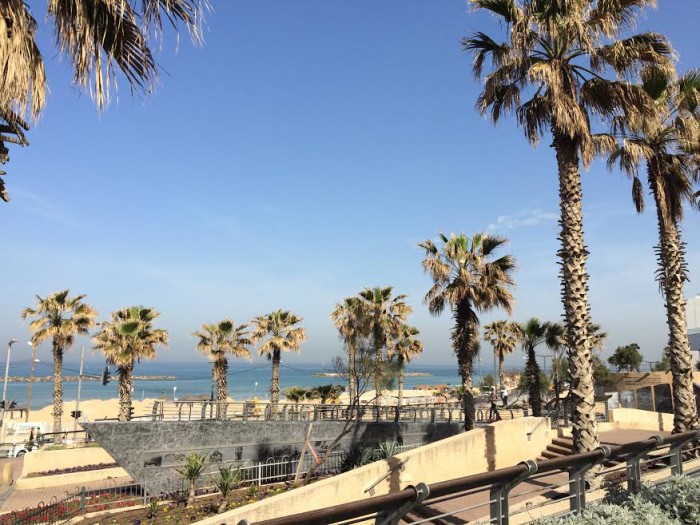