This blog post is brought to you by Megan J…

We started our day today with a talk from Lesley Sachs, the executive director of Women of the Wall. Women of the Wall is an organization which joins women’s’ rights and religious pluralism. The organization was started 27 years ago as a convention of Jewish women from North America and Israel. They convened and decided to go to the women’s section of the Western Wall to pray together. When they arrived, they were met with chairs flying at them from the men’s side into the women’s side, and unbelievable violence. It is customary for women to pray silently to themselves at the Western Wall, and these women were praying in a group and praying out loud, which brought on the violence from the Ultra Orthodox on the men’s side of the partition. After this event, it became these women’s missions to create a safe place for them to openly express their religion at the Western Wall. That attack 27 years ago was unacceptable, and they would not let women be put away from the Western Wall – women will have a right to pray out loud.

The Women of the Wall are comprised of orthodox, reform, constructionist, and many more different forms of Judaism. All these women are brought together and pray together at the wall. Lesley spent the time of her talk telling the stories of how she and many other women were arrested multiple times for trying to pray at the Wall, how their cases for getting women the right to pray out loud would be tied up in court for 11 years or more, and how American Jews are very supportive of their right to pray out loud at the wall. She also spoke of how negotiations for constricting a place for the Women of the Wall to pray took three years, discussing funding, who would be in charge of the area, and what it would look like. What it would look like was the most important issue for the Women of the Wall, because they wanted visibility – to be seen and not hidden away, and they wanted the gates moved or a new entrance to this new section, so people who come to pray at the Wall would be able to make a choice. They managed to come to an agreement on these issues – which the Ultra Orthodox immediately opposed, stating that the government gave away the Wall and that reform Judaism was taking over. In response to this, Netanyahu made a committee to find a compromise, to which the Women of the Wall were baffled – they had just made a compromise with the negotiations which everyone agreed to, why do they have to compromise even more? She said that the decision would come on the 30th of this month, and everyone is anxiously awaiting the committee’s statements.

It was very interesting to hear about the struggles between state and religion and the relationship between religion and democracy within this talk by Lesley Sachs. She was a riveting speaker, and even debated with our guide Nathan who represented the Ultra Orthodox view for a few minutes, which brought a lot of life and a reality into the situation.

Our second speakers of the day were two people from The Parent Circle, an organization comprised of Israelis and Palestinians who have lost a loved one in the conflict. The organization is comprised of 620 families, half Israeli and half Palestinian. One of our speakers, 20 years old who grew up with a normal Zionist, Ashkenazi Jewish childhood, lost his sister when he was five years old. He had not even thought about Palestinians once before the age of five, they were only the people serving coffee and pumping gas to him. This changed on September 4, 1997. Four girls left their high school in Jerusalem, and a group of Palestinians left a refugee camp at the same time. The two groups met on Ben Yehuda, and his sister, along with 4 other Israelis, and the two suicide bombers were killed. His sister died instantly from the bomb shrapnel. He stressed that there are two choices when dealing with losing a loved one like this. The easy choice would be revenge, to hurt a Palestinian to avenge the death of his sister. Or, he could try to figure out why is happened. Reality is complicated, and he joined the Parent Circle in 1999 to pursue the course of trying to understand. He never fully understood the point of sharing this experience, or how it was emotionally possible, until he reached the age of fourteen – the age his sister was killed at. He realized that he lived in a political world, and the choices of powerful people have strong effects on his life. When he was about to join the army, one of the people he grew very close to in the Parent Circle, a Palestinian man said to him, “I love you like a son, very much. But when you join the army and put on that uniform, I will stop talking to you.” He realized the meaning of this statement towards the end of his service. One day he got on a bus in uniform, followed by a seventeen-year-old Palestinian boy, whose eyes were filled with rage. He realized that he was a symbol for the occupation in that uniform, and he decided that he would never be a symbol again.

Our other speaker, a Palestinian man who lost his daughter, gave us some advice before sharing his story. He said that we are here studying the conflict for five weeks. He has lived here for 50 years and he is still learning about the conflict. While we will come away knowing a lot more than we did previously about the conflict, we are far from experts, and we need to remember that.

He started his story by prefacing how Palestinians grow up. They don’t understand Hebrew as young kids and don’t know why the soldiers come. All they know is that they need to fight. They don’t understand politics yet, and are not fighting for a state – they are fighting their lives. At the age of 17, they are no longer playing a game between the kids and soldiers. The situation becomes real. He knew that if you know your enemy, you can defeat your enemy. If you don’t know your enemy, you only hit, and hitting only hurts you. Because of this, he decided to learn about the Holocaust. He got his masters degree in Holocaust studies, and learned Hebrew. He spoke of how Palestinians are perceived as terrorists, and stressed how hard it is to switch from violence to peace. He spent seven years in jail for fighting against the Israelis, and spoke of how when you are in jail, you don’t talk. You hate. His story of his upbringing provided much insight into the Palestinian struggle.

He then spoke of how his 10 year old daughter was killed. A police officer shot her for no reason, and she died three days later in the hospital. At the hospital, Israeli doctors were caring for her as well as they could, and he stressed that this was no place to think of revenge. After his daughter died, he joined the Parent Circle two days later. He spoke of how both Israelis and Palestinians have no other place to go. He is not Jordanian or Lebanese, he is Palestinian. He believes that both peoples need to share the land, and if not, both peoples will share the land as a grave. He also stressed the problems of inequality and racism. In 2007, more than 971 Palestinians were killed, and no one was held accountable. He stressed that occupation naturally leads to violence, and in order to end the violence the occupation needs to stop. The majority of the people are not violent, and they need to face the situation together nonviolently, which is very powerful. Nonviolence is not for the weak. In order to make peace, you need to work with the enemy. To end his story, he told us that for him, forgiveness is revenge. If you make peace with yourself and give up being the victim, no one can occupy you.

To end our day, we visited the Israel Museum. It was very interesting to see the different exhibits and to get insight into the history and culture of Israel that we had not seen before. My personal favorites were the exhibits of different cultures within Israeli history, such as Egyptian culture, where we say many statues and jewelry and artwork that belonged to Egyptian society show up in Israeli history. 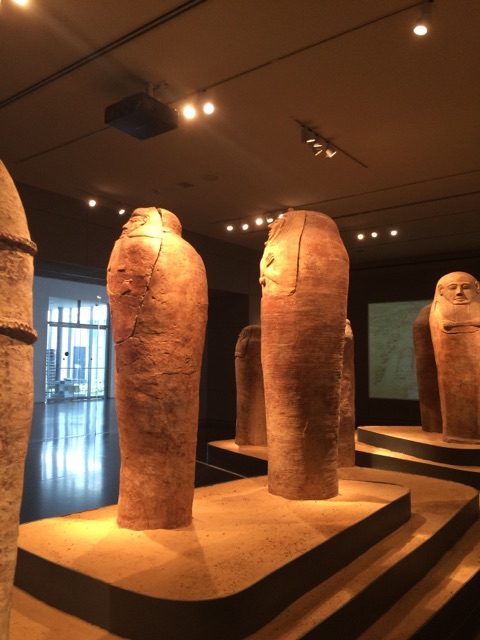 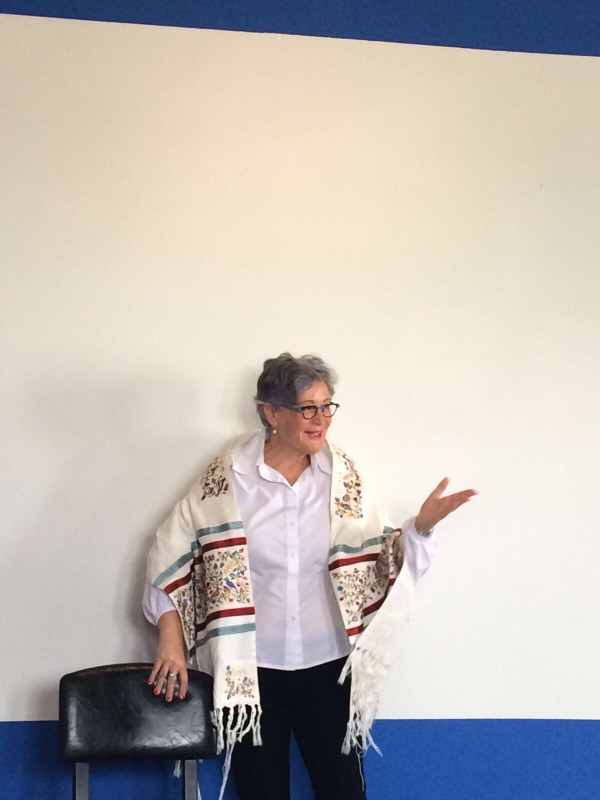 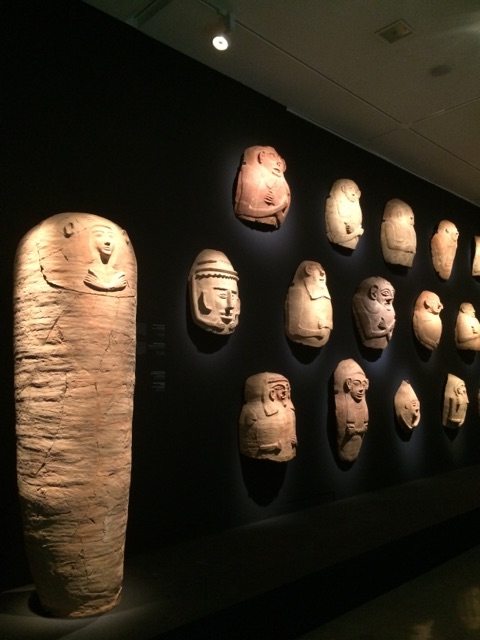 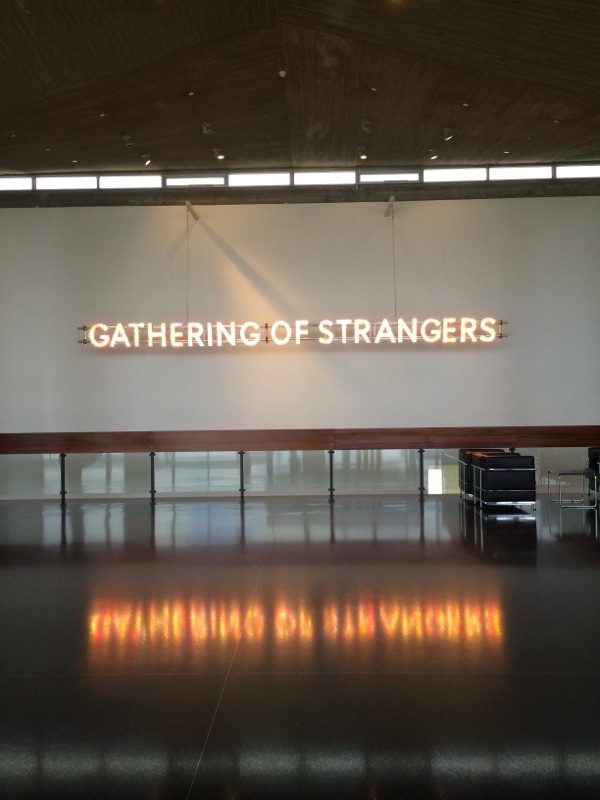 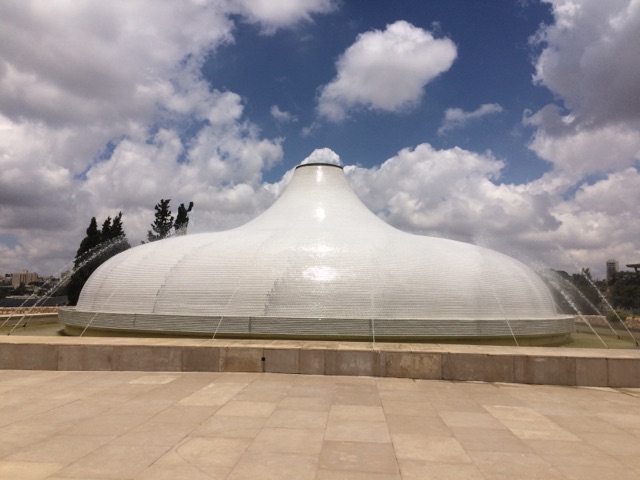 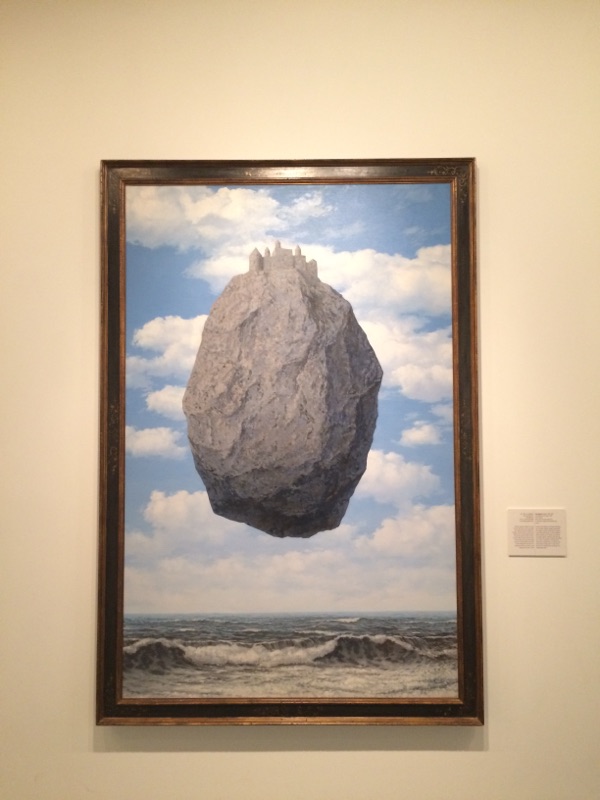 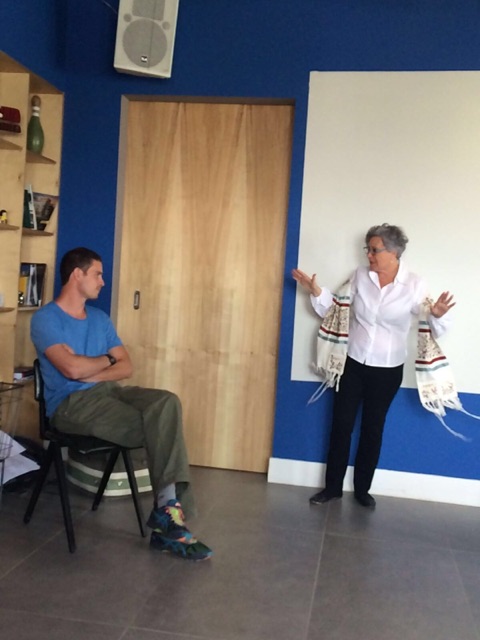 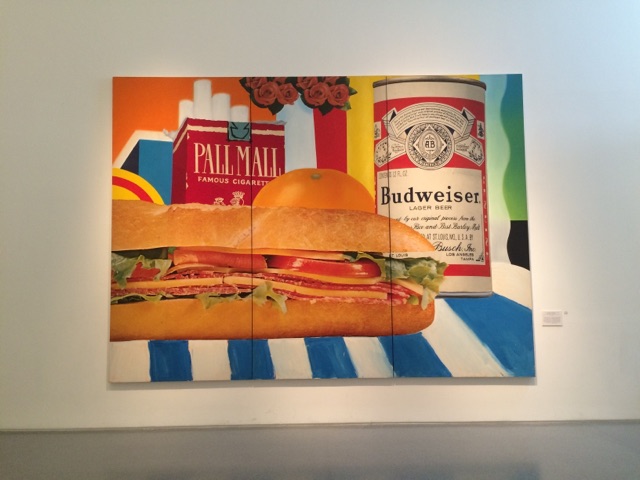 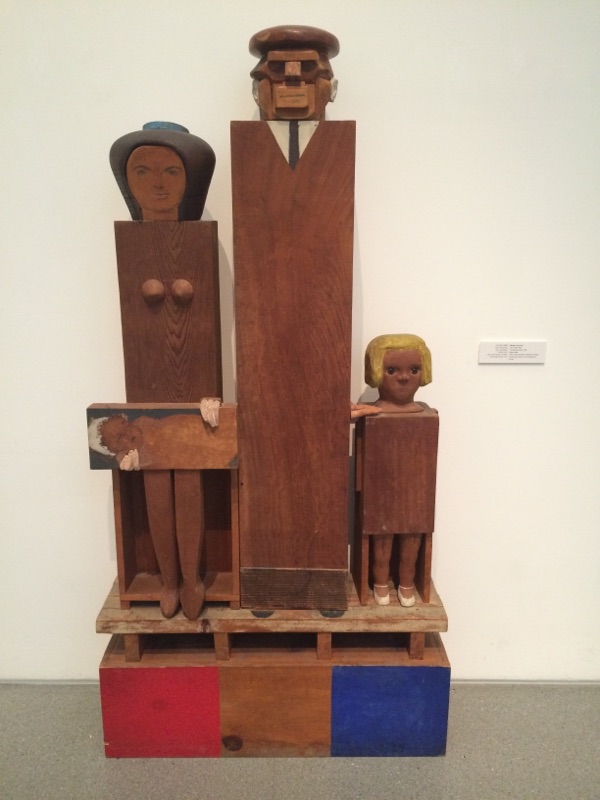 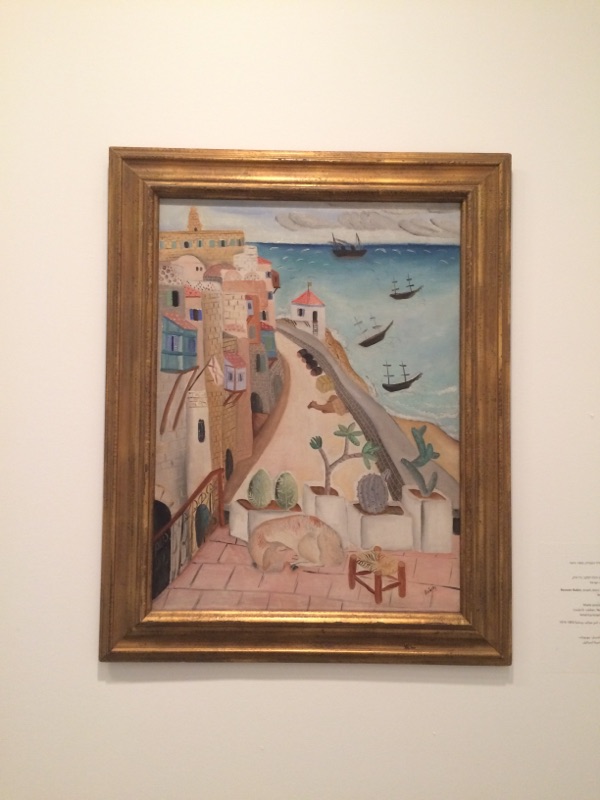