Home / MEJDI Livestream / Episode 32: Peacebuilding – from a Minority to a Movement

Episode 32: Peacebuilding – from a Minority to a Movement

PART 3: Peacebuilding in the Middle East – from a Minority Group to a Movement

On this episode, we discussed how Alliance for Middle East Peace, has successfully advocated for the Israeli-Palestinian peace movement. We will address the struggles and hardships facing the movement and what needs to happen for it to “capture” the majority of the population.
We’ll be discussing how peace movements and organizations formed in the conflicted middle east, how they are hanging on and if they believe that one day they will be able to “capture” the majority of the population?
“People Are People” is a new series focusing on the Religious and Ethnic Diversity in the Middle East. Get ready to meet and connect to the people, their culture, struggles, and dreams.
aa
aa 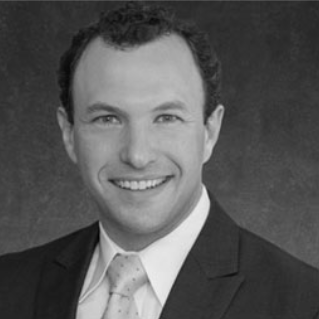 Avi Meyerstein is a Washington, DC lawyer and ALLMEP’s founder. While Israeli-Palestinian hostilities raged in 2003, Avi realized that a lack of interaction and trust between the two peoples were the biggest obstacles to long-term peace. He recognized that people-to-people programs were successfully changing people’s lives and attitudes on a small scale but had to turn away many interested participants for lack of resources. What’s more, few people knew these programs even existed. Avi then began a pro bono initiative at his then-law firm, Patton Boggs, LLP, to organize Israeli-Palestinian people-to-people organizations so they could work together to raise awareness about their work and increase resources for it. After organizing an initial meeting of 12 organizations in Washington in 2004, he proposed establishing an ongoing coalition, which became ALLMEP. In the years that followed, he managed a team of dozens of pro bono lawyers and other volunteers that pursued the organization’s agenda through advocacy efforts, coalition meetings, NGO capacity-building workshops, media outreach, and special events. They held hundreds of meetings with members of Congress, policymakers, diplomats, foreign officials, religious and advocacy groups, and philanthropic foundations. Avi later led fundraising and strategic planning efforts to hire ALLMEP’s professional leadership. Over the years, Avi and his colleagues developed a series of advocacy initiatives aimed at dramatically increasing the resources and reach of these people-to-people projects. Since ALLMEP’s efforts began, the U.S. has injected over $90 million to Israeli-Palestinian cooperation and a total of $230 million to reconciliation programs worldwide. Avi also proposed the creation of a $200 million International Fund for Israeli-Palestinian Peace to dramatically scale up Israeli-Palestinian cooperation. 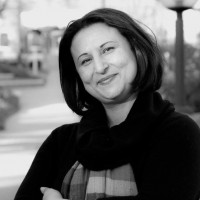 Huda joined ALLMEP as its first on-the-ground regional director in 2014. She has years of experience in conflict resolution, NGO leadership, and social change education and activism, as well as a life-long commitment to building strong people-to-people Israeli-Palestinian relations. She is a well-known speaker on issues related to Middle East politics and the Israeli-Palestinian conflict.

After studying conflict transformation and peace studies as a Fulbright scholar, she worked as an executive director, a program director, and an NGO consultant to a number of organizations in the U.S., Israel, and Palestine. She is a co-founder of the Center for Transformative Education (CTE) and has taught and trained hundreds of students in Israel and the U.S. She has long been an active leader in grassroots Palestinian initiatives focused on women’s empowerment and people-to-people diplomacy.

Previously, Huda worked as a teacher, trainer, and consultant for the Palestinian Ministry of Education for fifteen years. She earned her M.A. in conflict transformation and peace studies from Eastern Mennonite University and her B.A. in education for social change from Al-Quds Open University in Jerusalem.

Huda is the oldest of twelve children, the daughter of respected Palestinian educators, and an aunt to twenty-two nieces and nephews. Born in Jerusalem, she has traveled extensively in Europe and the Middle East, lived for six years in the U.S., and now resides in Hebron.