Thursday, July 23 1PM ET
On this episode, we speak with local Palestinian and Israeli business leaders about the effect of COVID-19 on the economy, community, and what steps they are taking to minimize the impact and ensure a speedy recovery. 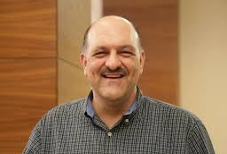 Born in Ohio in 1964 to a Palestinian father and Lebanese-American mother, Bahour visited Palestine every summer.

After graduating from Youngstown State University in 1989 with a degree in computer technology, he worked for several software development firms. In 1995, he decided to relocate to Palestine with his family to work on the privatization of the communications sector.

Bahour was part of the core team that established the Palestine Telecommunications Company(PALTEL), the first private telecommunications company in the Middle East. He subsequently founded three private businesses – AIM, an IT consulting firm, the Palestine Diaspora Investment Company, and the first western-style retail development, the Plaza Shopping Center.

He writes frequently on Palestinian affairs and has been widely published in leading outlets. He is co-editor of HOMELAND: Oral History of Palestine and Palestinians (1993).

Bahour continues to try to build the Palestinian economy, but not without difficulty. “At the end of the day it’s an occupied economy,” he said. “You can’t take the occupation out of the economy.” An eternal optimist, Bahour is developing several new business ventures, including a community newspaper publishing house and the Palestinian franchise for an electronic e-commerce platform to increase transparency during the government bidding process. 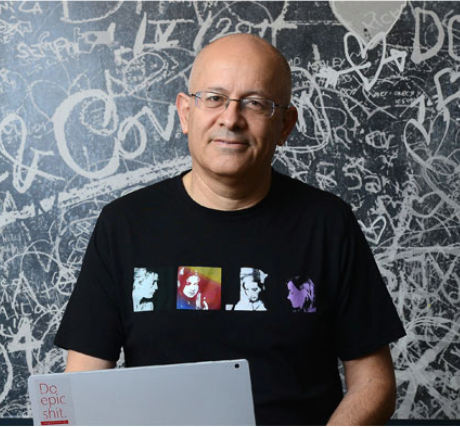 Yoram was the general manager of the Microsoft Israel R&D Center until recently when he resigned to begin the next chapter of his life. At Microsoft, he was responsible for the R&D centers in Haifa and Tel Aviv, new core R&D projects and incubations, and partnering with the local VC and startup community and the academia. Yoram is a board member of the Israeli Advanced Technology Forum (IATI) and Chair of the Multinational R&D Center in Israel (MNC Forum). In 2010 Yoram founded the MNC Forum, a forum that brings together the General Managers of all the Multinational R&D centers in Israel, which consists of close to 50 companies. In addition, Yoram is a member of the core team of Breaking the Impasse (BTI), and have founded the “Small Steps” workgroup within BTI, to encourage and drive small steps towards co-existence between Israel and Palestine.
Previously to his current role, Yoram was the CTO of the Microsoft Israel R&D, VP R&D and COO of the products group at Amdocs (NYSE:DOX), responsible for the Amdocs Products suite and spent 11 years in product development roles at Microsoft’s Headquarters in Redmond, including products such as Windows 95, NetMeeting, Microsoft Reader, Rights Management Server (RMS) and Office Information Bridge Framework.
Yoram is the co-author of 23 patent applications and several IETF RFCs including Dynamic LDAP. He has a BSc in Computer Science from the Technion.