During this special livestream, we will take a deep dive into the highly controversial annexation of the West Bank/Palestine by Israel. The plan, set to be enforced beginning July 1, does not seem to be an effort to resolve the conflict between the two peoples nor has it been a successful attempt to bring Palestinian leaders to the table to discuss the supposed “Peace Plan.” Instead, it is being met with threats of sanctions, violence, and calls for global opposition to what is predicted to be a catastrophic human rights violation and impending apartheid state for Israel. During our discussion with local experts, we will review details of the plan, who it affects, and how it will impact the local communities. 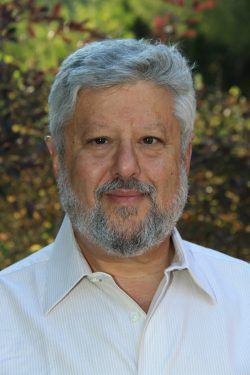 Gershon is the founder and former co-chairman of IPCRI – Israel/Palestine Center for Research and Information (later renamed Israel Palestine Creative Regional Initiatives), dedicated to the resolution of the Israeli–Palestinian conflict on the basis of a “two-states for two peoples” solution. He is a social and political activist and a researcher of the Israeli–Palestinian conflict and peace process. Baskin founded IPCRI in March 1988 and served as its Co-Director until January 2012. Baskin is a columnist for The Jerusalem Post. He describes himself as a social and political entrepreneur. 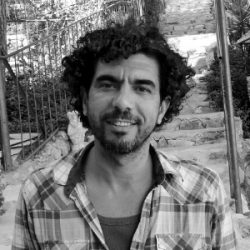 Sulaiman is Co-Founder and former Director of Combatants for Peace, and was nominated for the 2017 & ’18 Nobel Peace Prize, on behalf of Combatants for Peace. He is a local organizer who has been recognized internationally for his contributions to promoting, peace, social justice and equality for all. He is a renown speaker and lecturer worldwide.

In  2006, Khatib was the co-founder and General Director of Al-Qud’s Association for Democracy and Dialogue. The program works with youth in order to create effective and sustainable projects and programs focusing on the promotion of peace, democracy and civic participation in the Palestinian Territories. In 2008, he co-founded the People’s Peace Fund. In 2010, he became the director of Alquds, an organization that organized joint Israeli-Palestinian sports teams for youth.

At the age of 14 Khatib was sentenced to fifteen years in prison and served a term of ten and a half years where he spent his time learning about history, Hebrew, English and about other world conflicts and peace activists such as Ghandi and Mandela.  He acquired his entire education and worldview in jail. This is when he started to have new thoughts about the conflict and the means for resolving it.  As a result he is today a committed advocate for peace in the Middle East and an has been an active member of various programs aiming to promote a peaceful solution to the Palestinian-Israeli conflict for the last twenty years. During the second Intifada, he was one of the main voices calling for non-violent resistance.

In 2004, he went on a mission to Antarctica with a joint group of Israelis and Palestinians. Their team consisted of eight members: four Israeli, four Palestinian – many of whom were former fighters from both sides. They sailed over 100 km in the world’s most dangerous waters and climbed a previously unclimbed peak. The objective: “to find common ground.” 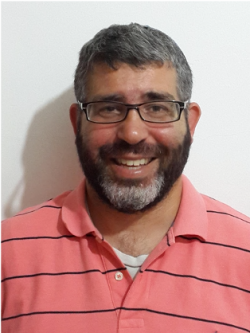 Ross served as Modern Orthodox congregational Rabbi in Vancouver, Canada and Baltimore, Maryland before Making Aliya to Kibbutz Maale Gilboa in 2010 with his wife and four children. Ross is passionate about the land of Israel, Jewish history, civilization, and culture. He is also very curious about the non-Jewish peoples and cultures that have made this land their home. He believes that a shared mutual knowledge of each other is essential to coexistence in the region. Ross is a frequent participant in Jewish-Arab encounter tours and guides for the Galilee Center for Studies in Jewish Christian Relations. Ross received rabbinic ordination from the late chief Rabbi of Chaifa, Rabbi Shear Yashuv Cohen, and the Rosh Yeshiva of Yeshivat Maale Gilboa, Rabbi David Bigman. He is a graduate of the Mandel Jerusalem Fellows, a Hartman Institute Senior Rabbinic Fellow, and received an MA in Talmud and Rabbinics from the Jewish Theological Seminary. Ross has published articles in The Edah Journal, The JOFA Journal, and the Religious Kibbutz Journal Amudim.  When he is not exploring the land, Ross enjoys watching episodes of the Simpsons, reading, and listening to Classic Rock music.