PIONEERING TECHNOLOGY TO CAPTURE, SHARE, AND PRESERVE THE WONDERS OF OUR WORLD

War journalist, Emmy award winner, former Executive VP of National Geographic Television and Senior VP/GM of Smithsonian Media – Mark Bauman has an extensive background and decades of experience in historic conservation, global exploration, and digital preservation. Now he is leading the charge to democratize exploration by creating immersive cross-platform experiences from the most iconic cultural sites and wildlife landscapes on the planet, creating a high end library of 3D experiences. During our episode we’ll talk about Bauman’s experience as a war journalist, his work on historic conservation and how he is using technology to capture, share and preserve the wonders of the world. 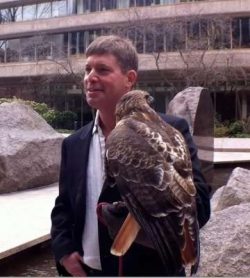 Mark Bauman has been recognized with numerous broadcast, web and print journalism honors, including an Emmy, more than a dozen Cine Golden Eagles, and various film festival awards. Before taking the helm at Virtual Wonders, he oversaw the Smithsonian Institution’s commercial media units, including Smithsonian and Air & Space Magazines, Smithsonian Books, Smithsonian.com, and the Smithsonian Channel partnership with Showtime.

Before National Geographic, Bauman, who is fluent in Spanish, Russian, Czech and Italian, was based in Eastern Europe and Latin America for ABC News. He has covered war and genocide in Central Africa, Lebanon, Bosnia, Afghanistan and Iraq, for some of the best broadcast and print media outlets in the world.

Mark serves on the Boards of the Charles Darwin Foundation for the Galapagos Archipelago, the Antarctic and Southern Ocean Coalition, the Ocean Exchange, the Marine Fish Conservation Network, and the Washington Youth Summit on the Environment. 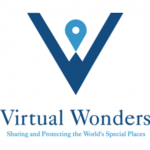