Coffee in the Holy Land 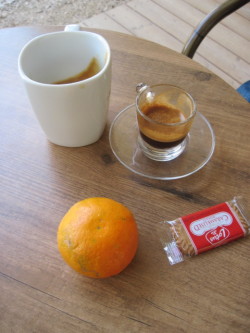 All photos by Louise T.

Our next blog post comes from traveler Louise T., who traveled with us in December 2014…

I floated through the Holy Land on a river of coffee. It was coffee I’d never had before, and it was different each time. Or perhaps each cup just tasted different because of where I was drinking it and who was serving it.

I was on a 10-day group tour of Israel and Jordan, and the pace was brisk. Our days were crammed with sacred sites, museums, ruins, lectures, steps — and more steps. Clearly, there was only one thing that would keep me going and that thing was coffee. But a cup of coffee here isn’t just a caffeine jolt. It is the signature gesture of hospitality and offered me, intentionally or not, a window onto people and places I wouldn’t have otherwise seen.

During a hike up to the Banias waterfall in Israel’s Golan Heights, for instance, our group came upon a Druze shopkeeper dispensing coffee and snacks from a cabin along the trail. He was dressed in traditional baggy white shirwal pants and headscarf, sporting the bushy moustache favored by older Druze men. I sipped the brew he prepared for me and waited out a chilly downpour, watching him stretch sticky bread dough over a hot metal dome and cook it for less than a minute. He smeared local honey and melted chocolate on the plate-sized paper-thin pita and rolled it up, the warm mixture oozing out the top. It was an unforgettable treat, offered to me with grace and pride. 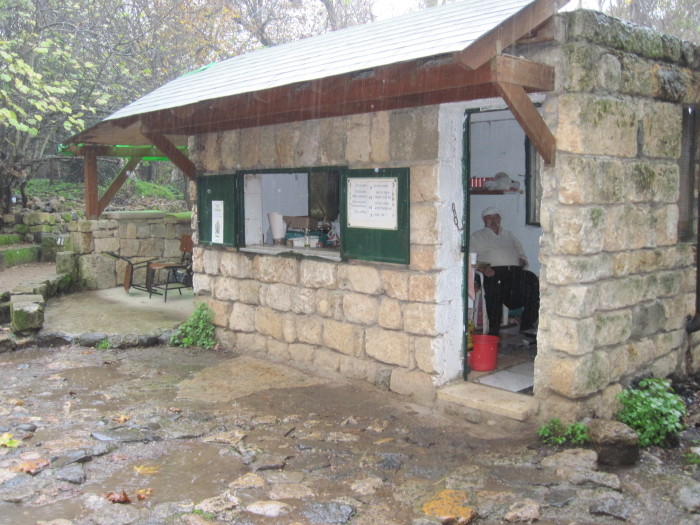 My most unexpected cup came during an unplanned side-trip to Tel Aviv Medical Center. I’d stupidly sprained an ankle and was both in pain and furious with myself. Was I going to miss some of the trip? Were there some strong non-FDA approved narcotics I could take? Well, no, but there was a pharmacy where I could be fitted for a walking boot. I hobbled in and plopped into a chair, fuming. The cheerful pharmacist gently hoisted my ankle onto a bench. “Coffee?” he asked? “Excuse me?” I replied dumbly. “Would you like a coffee?” he repeated. “Now?” I said, still not getting it. He gave up on me and took the matter into his own hands. “With sugar?” he called to me from behind a counter. “Yes,” I nodded vigorously. So as he fitted the boot, I sat back and sipped, wondering what Walgreen’s would think about this.

By the time I got to Jordan, seven days into the trip, I was thoroughly addicted to both the coffee and the role it plays in daily life here. We found out from the Bedouins during a visit to a restaurant camp in Wadi Rum in southern Jordan. Bedouins still make coffee with a mihjab, a wooden base with a foot-long pestle that  serves as both a coffee grinder and a percussion instrument as it knocks against the base. Once the coffee was prepared, one of our Bedouin hosts passed it around our group. I couldn’t help noticing that, while he wore a blanket-like robe and a dark kohl around his eyes, he also used a cellphone. There are modern ways here, for sure, but the way coffee is prepared is as old as the sandstone mountains above us. 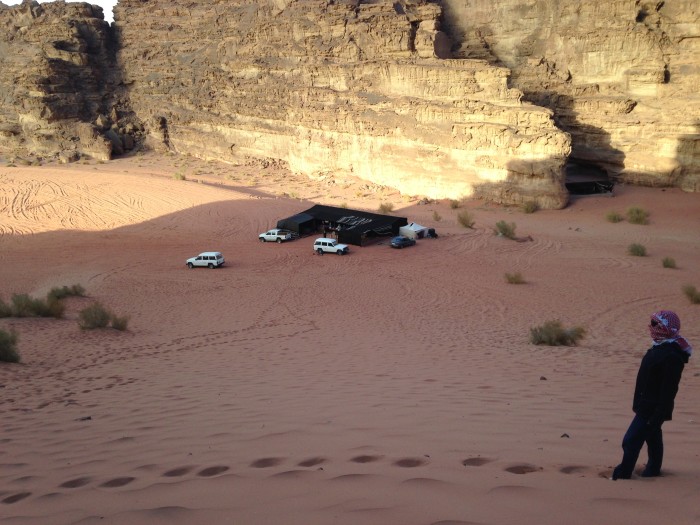 Too soon, it was Day 10 of the trip, and my river of coffee and the experiences it sparked would be ending. I could find Arabic coffee at home in Los Angeles of course, but it wouldn’t be the same, and the chances of being served a cup in a pharmacy were slim. I boarded the jet reluctantly in Amman. I dozed off as we climbed, waking to find a Royal Jordanian flight attendant standing next to me. She held a tray of the small cups I had come to know and love, their contents a deep, chocolaty brown. “Would you care for a coffee?” she asked. This was the real thing and we were still technically in Jordan so it would be my last cup of authentic Middle Eastern coffee. “Yes,” I said, inhaling the intense aroma. “Absolutely.”

Want to make your own Arabic Coffee? Here’s how: