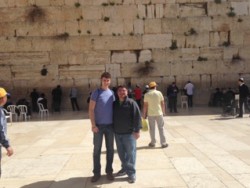 The Western Wall in Jerusalem

It began as our group walked alongside the wall separating Bethlehem from Israel. As I stood gazing at the artwork—the call for justice—it puzzled me that I seemed to be noticing this massive structure for the first time though I had just visited Bethlehem in 2012 during a pilgrimage to the Holy Land. As our class made its way through the refugee camp next to the border wall I was captivated by the joy I saw in the eyes of the children wandering through the streets. Their smiles, laughter, and the light in their eyes stuck with me all afternoon. In the midst of destruction, their innocence allowed them to remain joyful. 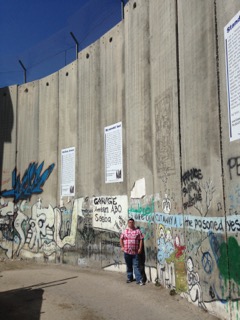 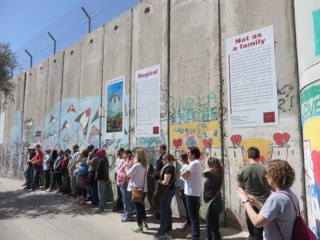 The Separation Wall in Bethlehem[/caption]

Later that evening I walked through the streets of the Old City. For the first time I was experiencing the Wailing Wall at the beginning of Sabbath. Again, the site that I would stumble upon this time proved to be much different than my experience just a few years back. I was reminded of the light I saw in these little Palestinian eyes later that night when our group turned the corner to see the Wailing Wall. The air was filled with a great aroma and the sounds of jubilee. This was no longer of place of solemn prayer and tears; rather, it was a celebration! 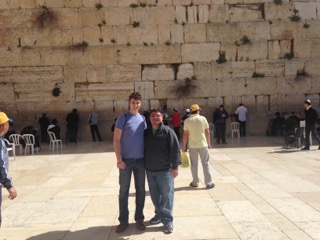 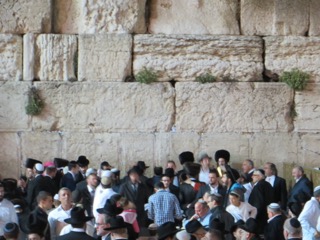 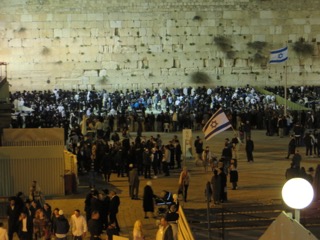 The Western Wall in Jerusalem[/caption]

Throughout our course we heard the dual-narrative. For every Israeli explanation there is a counter interpretation by the Palestinians and vice versa. The walls are no different. Though the reasoning and description may be spun to favor one side or the other, it is abundantly clear that there is great despair on both sides of either wall.

However, on this day, I saw through the concrete of these walls and into the hearts of people on both sides. What I found is a glimpse of hope and a new perspective. I believe that joy is our strength and in these moments, in this next generation, there is a spirit of joy that will strengthen those in despair. 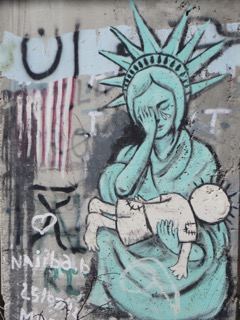 The Separation Wall in Bethlehem[/caption]

Lady Liberty has been a beacon of hope to thousands yearning for a taste of freedom. I can only imagine the joy that washed over each individual as they first set eyes on her after the long journey across a vast ocean. It is that symbol, that painting, that statement on the dividing wall that has challenged my American mindset. On that sunny day on what is arguably the Holiest soil on this planet my reality was changed.