This blog post is brought to you by Yani N…

It was a bittersweet feeling driving through Jerusalem one last time. After nearly three weeks of walking through the parks and neighborhoods of Jerusalem, celebrating a few holidays of what felt like every week, and becoming a regular at a shawarma place, I was ready to leave behind Jaffa Road and the Old City behind me for Tel Aviv …With a quick stop at the Negev and Sderot of course.

We started off the day on a hill in the Negev with a view of all the nearby unrecognized villages. In the backdrop, you see a city skyline, almost out of reach in a different world. It was symbolic in a way. There we were, a group of foreign students standing on a hill overlooking the clash of civilizations right below us; tall skyscrapers to my left, metal shacks to my right. Cars on the left, cattle on the right. And yet despite this division, we see some intersection of these two civilizations within the unrecognized village. Lines of cars paralleling lines of shacks, rows of solar panels above rows of homes. In fact, the speaker himself embodied this clash. To summarize his demography, he was a university-educated, English speaking Bedouin activist. How’s that for the unexpected.

After touring around his unrecognized village, he told he believes that “the real heroes of these villages are those who choose to stay behind.” And it could be seen as heroic with these families living under unacceptable Western living conditions. There was no infrastructure for running water, no electricity, no paved roads, and high rates of disease due to interfamilial marriages. With homes being demolished on a monthly basis, the perseverance and resilience of these people is unbelievable. To continuously rebuild your home, knowing that at any moment it could be demolished… That takes a certain kind of person.

I got a chance to speak a little more about the Bedouin situation with Professor Waxman and I came to realize how grey and complex the situation really is. (Just like EVERYTHING else we’ve learned about on this trip). On one hand, you have the Israeli government and countless humanitarian NGOs who want to intervene and promote development. Yet, who are we to tell them what development is? Who are we to tell them what their liberties and rights should be? But yet, how could we let the suppression of women, domestic violence, high crime rates, and preventable disease continue? Shouldn’t there be a set of universal rights that are “right” and “wrong”? Everyone is trying to be a humanist yet there needs to be a common ground on what it means to be a human first and what that entails.

Our next stop was the city of Sderot, a town of frequent missile attacks on the border of the Gaza Strip. Initially, our group was fascinated at the sight of all the missiles lined up along the shelves. It was a museum, except museums usually depict past events and this was the present. Before we began our talk, our tour guide warned us of sirens that could go off at any moment, signaling a missile coming our way from Gaza and warning us of our 15 seconds to run towards a bomb shelter. And of course, the fan outside the building started going off, startling us. We were like deer caught in headlights, frozen for a second not knowing what to do.

Although it wasn’t an actual siren, it was enough of a glimpse into the kind of suspense the citizens of Sderot constantly undergo. Out of the 22,000 rockets fired, 8,000 are fired into the town of Sderot. The rockets are fired at the city itself, most commonly at 8 AM when families separate from one another and depart for work and school. Since 2006, all buses kindergartens, and homes have bomb shelters built in. We got a chance to stop by a playground that also doubled as a bomb shelter and I have to say, I lost a little bit of faith in humanity. In 2001, a New York Times columnist Thomas L. Friedman wrote that the post-9/11 world cannot be a world that has security checks at amusement parks, malls, and places of public gathering. And that if we reach that point as a society, we have failed. I’m struggling to comprehend the kind of world we live in, where bomb shelters are placed at children’s parks, painted as caterpillars, with children having the training to withstand a missile attack.

It’s said that the children of Sderot all suffer from PTSD. I mean, wow. How did we get here? And yet the citizens of Sderot are claimed to be the warmest, kindest people you’ll ever meet. With a strong bustling music scene and young adults constantly moving to Sderot for its affordability, you can feel a youthful vitality emanating through the streets. As our tour guide said, “The people of Sderot are waiting for people to come here and be with them.” Children are continuously taught peace here and houses continue to be built. Life in Sderot continues, refusing to let terror get the best of them.

Before we ended the day in the beautifully bustling Tel-Aviv, we looked into the Gaza Strip; almost a key-hole into a completely different world. After the Israeli government discovered one of the tunnels, they found anesthetics in addition to the food, weapons, and motorcycles stashed away. Anesthetics? Yup, Aesthetics. Anesthetics used to kidnap Israeli citizens and treat them as bargaining chips. However terrifying that is to you, we ended on a really insightful note. As all of us gazed into the Gaza Strip in wonder, our tour guide told us to look behind us. And what did we see? Homes. Rows and rows of houses the citizens of Sderot live in. “We must always keep in mind that something is behind you,” he said. Two narratives, two view points, two sides to everything. 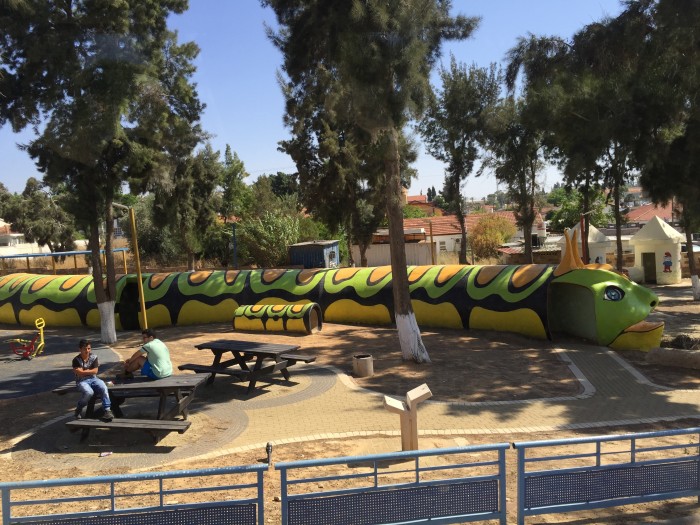 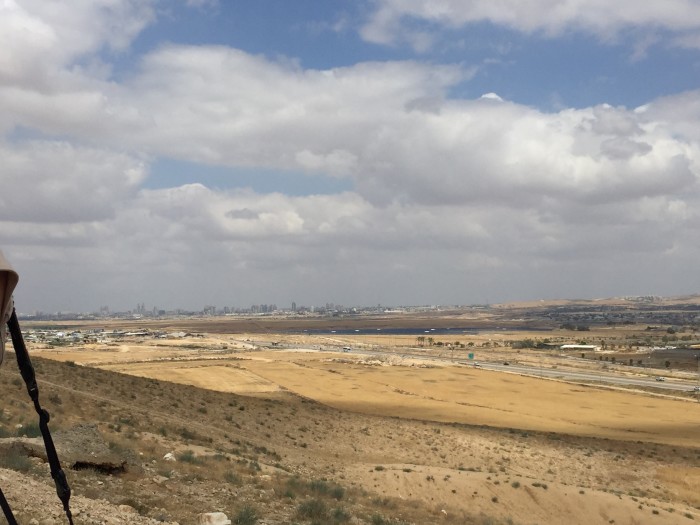 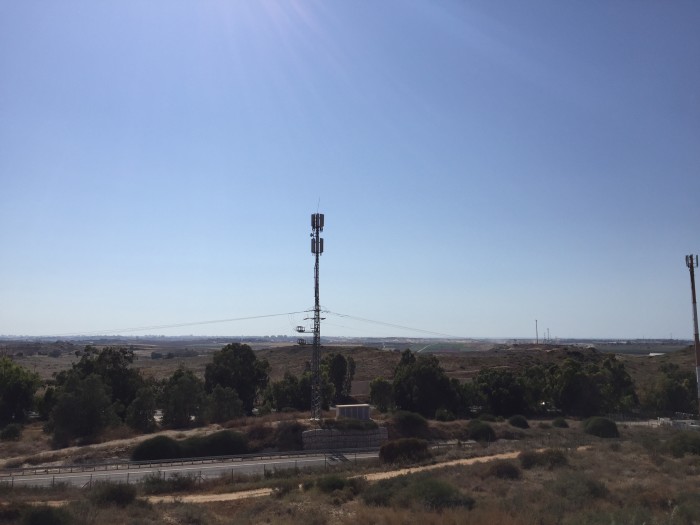 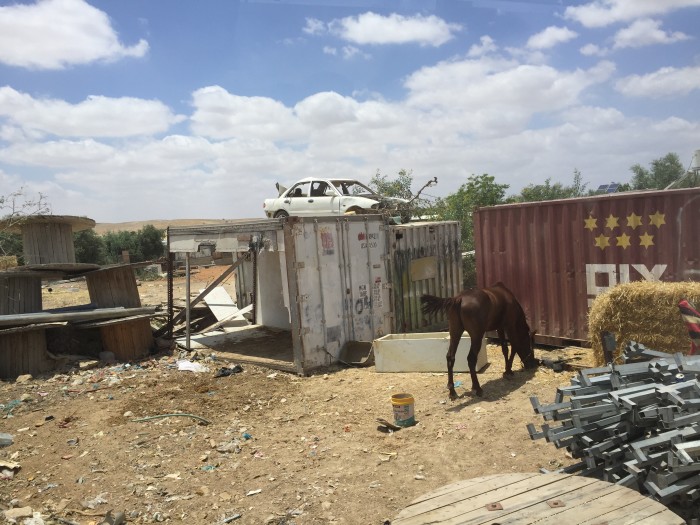 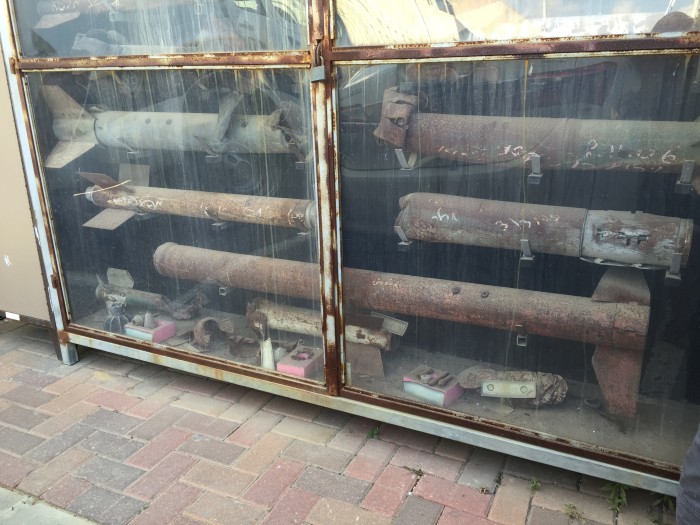