This blog post was brought to you by Connor S…

Visiting the city of Rawabi today was the most uplifting moment of my trip to Israel & Palestine so far. Rawabi is the first city planned by and built by Palestinians and is a beacon of hope for the future in an area of the world that suffers from high poverty, unemployment and low standards of living.

The project is extremely ambitious, being the biggest private sector project in the history of Palestine with the monthly payroll of those working on the project amounting to $1.2 million per month. In addition to this, when completed in 5 years’ time, the city of Rawabi will be the home of around thirty to forty thousand Palestinians from both within the Palestinian territories and across the entire Palestinian diaspora.

What was most inspiring to me was Rawabi’s central idea to be a place to ‘Work, live and grow’ and the manager’s desire to give the Palestinian people the higher standards of living that they so desperately want. If the project goes perfectly to plan then the city will create 5 thousand jobs in Palestine and provide a number of high schools which will be based upon the British educational system.

However, as the manager of the project Bashar Masri frequently stated, the project is bigger than those who came up with the idea and it is not short of problems. The main two issues were those relating to the width of the road entering the city and the fact that there have been problems related to the water supply in the area. The Israeli government has been problematic with regards to cooperation in these areas and have limited the prospects of this city to flourish. In addition to this another problem with the development of the city was the Israeli control of the water supply which lead to uncertainty among those wanting to move into the city in the future. Another interesting aspect of the talk was Masri mentioning his opposition to the BDS movement as he argued that a growing Israeli economy will help grow the Palestinian economy and vice versa. Masri also mentioned how the project would have been impossible without buying a large amount of products from Israeli companies and he stated that he only opposed buying goods from Israeli settlements. The Israeli settlements were a major barrier to peace in his opinion and he told us of various attacks on Palestinians in the area by Israeli settlers opposed to the development of Rawabi.

Despite this, Masri has been able to work through the Israeli legal system and come to compromises with the government. For example, he was finally allowed to build a roundabout making the entrance to the new city much easier for residents who need to commute to work in other areas of the region.

Masri’s words were inspirational to me when he stated how he did not want Palestine to be a backward state and he argued that donations from abroad have hampered the development of Palestine as in his view it turned the state into a welfare state. The kind of view proposed by Masri is a positive one and ideas such as the city of Rawabi are essential in helping to economically develop the Palestinian areas and lift people out of poverty, give them hope and provide them with a higher standard of living. Bashar Masri’s determination and courage is admirable and I hope that his work with the city of Rawabi becomes more known worldwide. He has undertaken an enormous task that could lift many of the Palestinian people out of the unfortunate situation that they are currently in.

In addition to visiting Rawabi we also visited the Mahmoud Darwish museum in Ramallah. The significance of this poet cannot be underestimated in contemporary Palestinian thought, items ranging from his pen to his last ever boarding ticket for a plane flight were included in the museum and it was made clear how revered this man was by Palestinians during his lifetime and even too this day. The most striking example of this was how we saw a Palestinian couple being married at the Museum and university students celebrating their graduation there. The most significant thing I have learned on my tour of Israel and Palestine so far is that both sides must try and come to understand and acknowledge each other’s narratives on the conflict if there is ever to be a chance for dialogue and peace in this land. 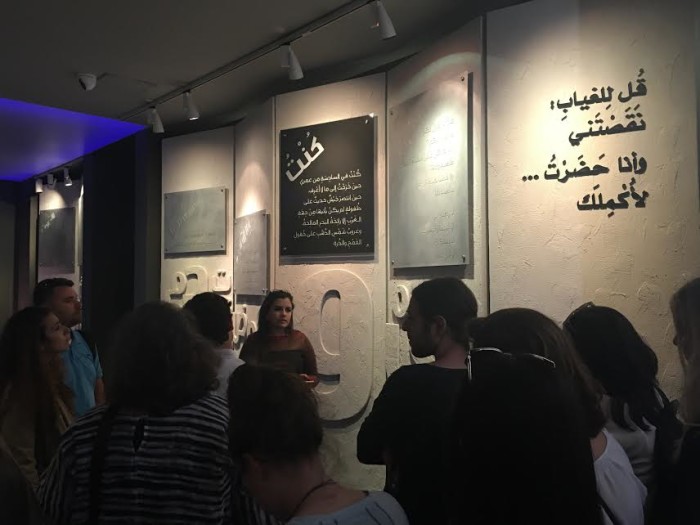 (Above: Mahmoud Darwish Museum in Ramallah) 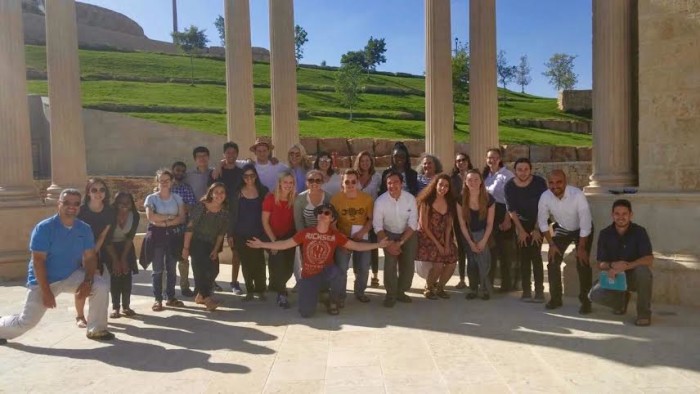 (Above: Group photo in Rawabi) 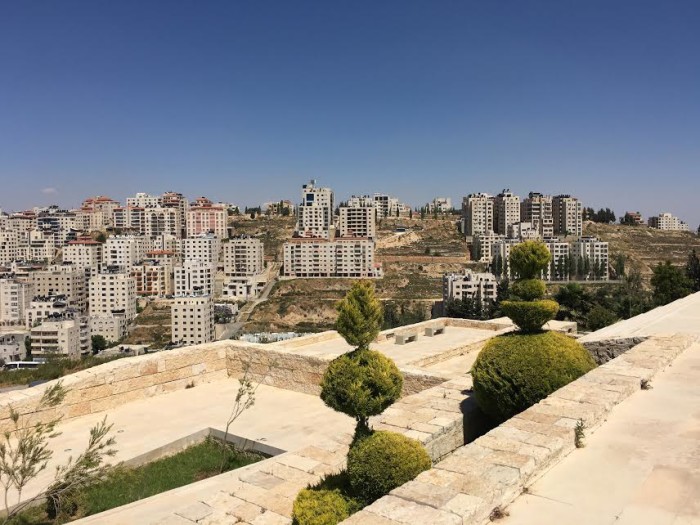