Our Visit to the Wall 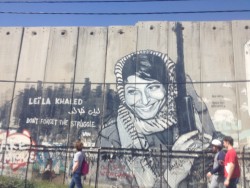 First I want to say how hard it was to choose from the many photos I took. In the end I chose this mural of Leila Khaled holding a rifle. In this photo you can see the enormous size of the wall. Mr. Essa in the red shirt is walking with his buddy Jake, Essa is 6’4. The Berlin Wall was about 11-12 feet in height, this wall is said to be 25 feet high. I those numbers can also indicate the size of this mural. I did not know the wall was as big as it was, I did not imagine its enormity. This photo capture Leilas beauty and the harsh truth of the separation between the Palestinians and Israelis. 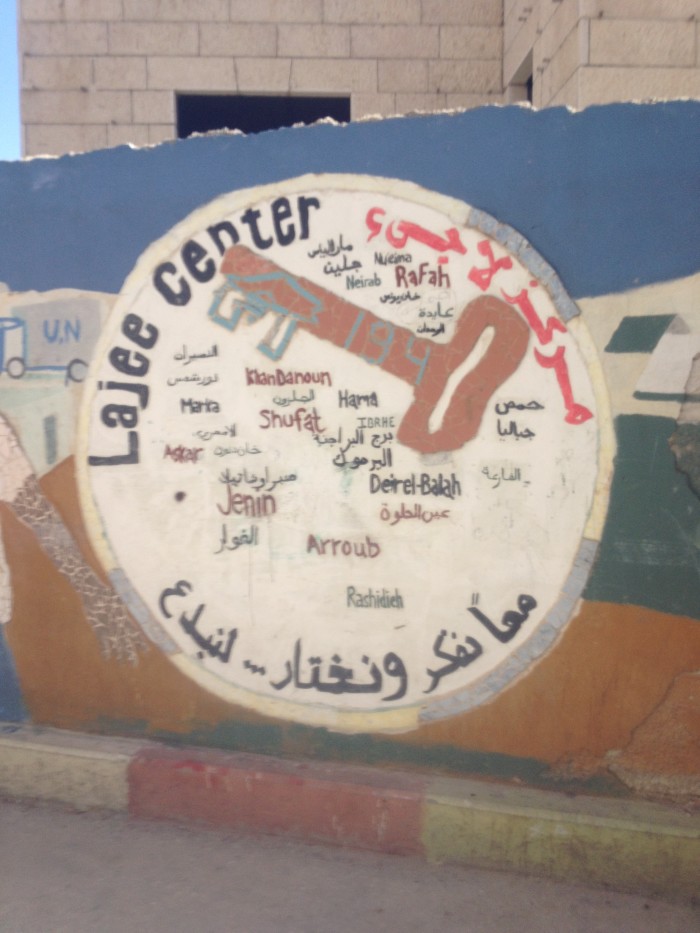 In my trip I have learned so much about the conflict, learned to love the landscape of the country, and had the rare privilege to hear many sides/stories. We walked through Aida Refugee Camp shortly after our walk next to the wall. Our group heard the story behind the significance of the keys in the murals and above the entrance to the camp. The second photo is of a key and different names of Arab villages. Inside the key is Resolution 194, a soft law non-binding resolution, that acknowledges the right of return or compensation. The key and the number 194 is an important image of hope for the people in Aida Refugee Camp. Finally, I would like to conclude with the video or Professor Telman serenading us at the Kibbutz Inbar in Galilee.