Graffiti on the Separation Wall 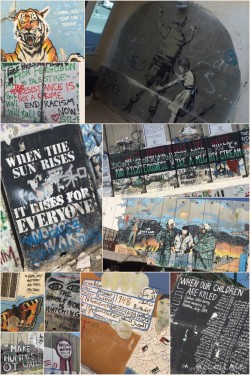 The Israel/Palestine International Law Study Abroad program sponsored by Valparaiso University School of Law is a revolutionary model that forces students out of their own complacency, no matter your background, while maintaining an environment that is conducive for students to engage in respectful and effective communication. This dynamic model also affords its participants to be self-critical of their own personal and societal perceptions.

Part of the program incorporated a tour of the country so that we had context of the conflict. This tour was facilitated by the MEJDI Tours via their Dual Narrative tour. We had two guides: one Israeli, and one Palestinian. This element of the program added an undeniable value to understanding the conflict on the ground.
For me, I think the experiences that had the greatest impact on me throughout the entire tour was our visit to The Wall in Bethlehem within the West Bank. I’ve been to The Wall before, but every time I see it in person its like seeing it for the first time. I still have trouble finding words to describe this experience. Quite plainly, I am a privileged American and I see The Wall through that lens. Immediately, I ask myself: How is this ok? Then you realize, we’re not in America where we have guaranteed basic rights and civil liberties. Although America is far from perfect and we clearly have a long way to go in so many respects, but if you ever wanted to realize and appreciate how much we take our freedom for granted, visit The Wall.
If I could have, I would have spent an entire day just reading and analyzing the messages on The Wall. Some of the messages, although so simple, have such  powerful meanings. By the time we left, I felt as though I personally spoke with hundreds of Palestinians through their self-expression.
I am a Palestinian-American, and one thing that I find truly fascinating about the expressions on The Wall is they are mostly expressed in the English language. Now, you wouldn’t know this unless you were more familiar with the dichotomy between the West Bank and Israel, but English is not nearly as prevalent in the West Bank as it is in Israel. In the West Bank, you won’t find many people that speak English; it’s generally Arabic that is spoken. With that in mind, you realize the significance that is placed on expressing these messages in the English language. It forces one to wonder: Who is the intended audience? 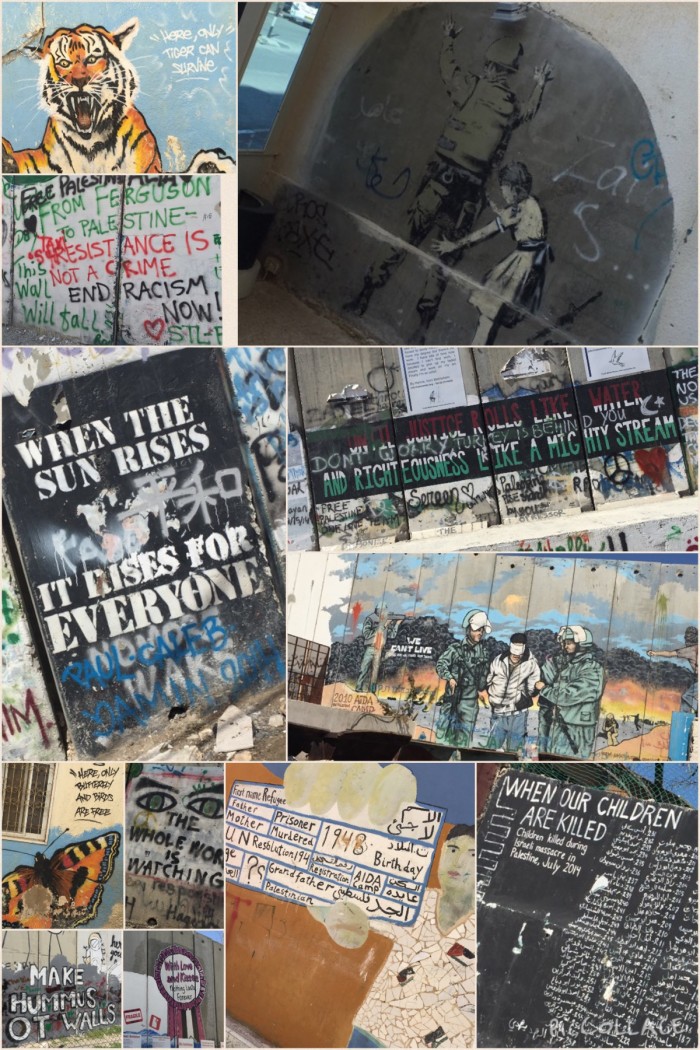